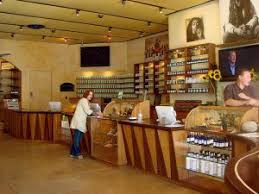 The Gov will take the lead from the Feds……Narahona said no, there’s your answer. -UA

PROVIDENCE, R.I.—Rhode Island’s state-licensed marijuana dispensaries could open within months, but they may not last long if the state adopts strict rules on the amount of marijuana they can have, medical marijuana advocates said Tuesday.

State lawmakers are set to review a proposed compromise on Wednesday that was crafted to let the three state-picked dispensaries to open, potentially within six months. Gov. Lincoln Chafee, an independent, blocked the dispensaries from opening last year after the state’s top federal prosecutor warned they could face prosecution.

The compromise seeks to avoid federal intervention by setting limits on the amount of marijuana the dispensaries could have. But medical marijuana supporters said the dispensaries must be allowed to have enough marijuana on hand to meet demand. Otherwise, they might not be able to pay their bills, said JoAnne Leppanen, director of the Rhode Island Patient Advocacy Coalition.

“Everybody wants this to happen,” she told The Associated Press on Tuesday. “But the fear is that we’re going to come in too low, that we’re going to put such a burden on the compassion centers that it may not be possible for them to sustain themselves.”

It would be up to the state’s Department of Health to set the limits once lawmakers approve the compromise. The Health Department plans to hold public hearings on the regulations once the bill passes.

“The challenge was getting a bill that will pass,” said Sen. Rhoda Perry, D-Providence. “Yes, some of these details may be problematic. But we’re moving ahead.”

Perry said she hopes the General Assembly can pass the legislation quickly to allow the dispensaries to open, perhaps within six months.

The uncertainty means the dispensaries must plan to open without knowing how much marijuana they will be allowed to dispense.

Seth Bock, chief executive of the Greenleaf Compassionate Care Center of Portsmouth, said he’d like lawmakers to suggest a rough idea of how much marijuana would be allowed. The state could fine-tune the restrictions later, he said.

“Give us something in the law that allows us to move forward,” said Bock, who practices acupuncture and Chinese medicine. “Without any guidance on volume it’s impossible to decide if it’s worth investing X amount of money to get this off the ground.”

In his letter to the state last year, Neronha warned that while patients wouldn’t face prosecution, dispensary operators might.

Rhode Island enacted a law in 2006 allowing patients to legally possess small amounts of marijuana to treat conditions including chronic pain, severe nausea, seizures and multiple sclerosis. In 2009, lawmakers passed legislation to set up nonprofit dispensaries — known as compassion centers — where patients could obtain marijuana in a state-regulated environment.

More than 4,400 Rhode Islanders are now enrolled in the state’s medical marijuana program.

George DesRoches said the dispensaries will play a critical role in the state’s medical marijuana program by giving patients a safe and reliable place to purchase their medicine. The 45-year-old Providence man grows his own marijuana to treat chronic pain and fibromyalgia.

Earlier this month four men held him at gunpoint and stole marijuana and his laptop computer. DesRoches said Tuesday that the dispensary compromise is good news, but he’s waiting to see how the state decides to regulate the facilities.

“I’m pretty jaded at this point,” he said. “I’m hopeful they can find a way to do it, but if you set people up to fail, they will.”