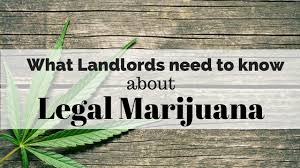 Michael Kassner of Kalispell got a year and a day for his involvement in another medical cannabis case. So did Tyler Roe.

Jonathan Janetski, charged along with Kassner and Roe, is looking at up to three years in prison, according to his lawyer, Todd Glazier of Kalispell. But, he says:

He didn’t sell it.

He was the landlord.

“He has no criminal history,” Glazier said. “He just rented to some people.”

To the best of Glazier’s knowledge, Janetski is the only landlord charged as the result of two rounds of federal search warrants executed on medical marijuana operations in Montana last year. Glazier said Janetski’s experience offers a cautionary tale to others who saw medical marijuana businesses as a welcome port in recession-tossed real estate seas.

“I was hoping to create some awareness for the landlords out there,” he said.

“Our attorneys have said you could possibly get charged, and so on and so forth,” he said.

Janetski is scheduled to be sentenced April 19 on a charge of maintaining drug-involved premises. Although that carries a maximum penalty of 20 years in prison and a $500,000 fine, along with three years’ supervised release, Glazier said the sentencing guidelines mean his client is likely looking at a recommendation of 30 to 36 months in federal prison.

“He would end up … serving more time than the actual people who manufactured the marijuana,” Glazier said.

Janetski — like many other businesspeople around Montana during the brief period the medical marijuana industry flourished here — thought that his tenants’ work, and hence his renting to them, was perfectly legal under state law, Glazier said.

Growers cried foul, citing state law legalizing the medical use of marijuana and a 2009 federal memo that seemed to downgrade marijuana as a priority. But Montana U.S. Attorney Michael Cotter wrote to state legislative leaders after the first round of raids last spring that “growing, distributing, and possessing marijuana in any capacity … is a violation of federal law regardless of state laws that purport to permit such activities.”

William Ruzzamenti, formerly of the federal Drug Enforcement Administration, said growers in California made the same assumptions about legality as those in Montana.

They thought “that state law somehow trumped the federal law, and that as long as their renters were complying with state law, they really didn’t need to worry about federal law. That’s wrong,” said Ruzzamenti, who now heads the High Intensity Drug Trafficking Area (HIDTA) Task Force in California’s Central Valley.

But the California growers and dispensary owners got a bit of a break when authorities there sent out warning notices before conducting raids.

“We advise them that this is a violation of federal law and if you don’t take some kind of action, your property is in fact subject to forfeiture,” Ruzzamenti said. “You’d be amazed … ever since the letters have gone out, we’ve got a minimum of 90 percent compliance with landlords.”

In addition to evicting their marijuana-growing tenants, he said, landlords also are removing plants, he said.

No such letters were sent in Montana, something that riles John Masterson, head of Montana NORML (National Organization for the Reform of Marijuana Laws).

“When responsible businesspeople, ethical entrepreneurs, attempt to blaze a new frontier into a legal business under state laws and find themselves subject to serious federal criminal charges that will result in the deprivation of liberty and property,” he said, “… it sure feels like a travesty.”