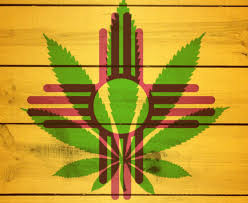 SANTA FE — The state Department of Health keeps secret the names of the 25 providers it has licensed to sell medical marijuana, but one of them has put himself smack in the public eye.

He is Charles “Blacke” Rountree, owner of the marijuana company GrassRoots Rx. In addition to being a provider of medical marijuana, he is a candidate for the New Mexico State Senate.

Rountree, 53, does not mention his marijuana business on his campaign website. But he writes in detail about his support for a bill that would make it legal to grow Santhica and other hemp varieties that are free of THC, the active ingredient in marijuana.

“The parachute that saved George Bush Senior’s life in World War II was made with hemp. The land in New Mexico will support hemp farming. Every part of the hemp plant has a useful purpose, such as nutritional products, food, insulation, textiles and bio-fuel,” Rountree wrote on his campaign site.

A hemp bill that Rountree favored died this year in a committee of the House of Representatives.

Rountree, a Democrat, is running in Senate District 4, which includes parts of Cibola, McKinley and San Juan counties.

He has two opponents in the June primary election. They are the incumbent, Democratic Sen. George Munoz, and Genevieve Jackson. Jackson is a McKinley County commissioner; Munoz is a contractor from Gallup.

Of himself, Rountree says: “I am not a politician nor am I politically correct.”

But Rountree, of Pinehill in Cibola County, has a

wide-ranging campaign platform.He wants to pay teachers more and create programs to improve health care and job opportunities for returning military veterans. He pledges to be an advocate for human rights and an opponent of illegal immigration.

New Mexico is one of three states that issues driver’s licenses or driving privilege cards to illegal immigrants.

Munoz, like all but one of the 28 Democrats in the state Senate, voted this year to maintain but tighten the licensing law to eliminate fraud. A bill to repeal the driver’s license law failed in the Senate.

Rountree lived previously in Illinois. An electronic check of court records showed that he filed three times for Chapter 13 bankruptcy protection in the Northern District of Illinois. The filings were between 2000 and 2002.

In a Cibola County court last year, he filed to legally change his name from Charles Edward Rountree to Charles Blacke Rountree.

His listing on a website for businesspeople identifies him as Blacke Rountree and describes his occupation as alternative medicine. But for his candidate filing this week, he listed himself as Charles E. Rountree.

Paul Livingston is an attorney who represents people trying to obtain medical marijuana licenses in New Mexico. Livingston knows Rountree, and says he was not eager to be identified as a marijuana provider who also is a candidate for state office.

Rountree, reached by phone this week, said he did not have time to talk at the time. Further attempts to interview him were not successful, each person missing the other with more phone calls.

A spokesman for the state Department of Health said state regulations protect the identity of all 25 providers in the medical marijuana program. The department declined to furnish a list of the licensed suppliers or confirm who was on it.

Nobody except the 4,310 patients cleared to use marijuana to help control pain need know who the suppliers are, the department spokesman said.