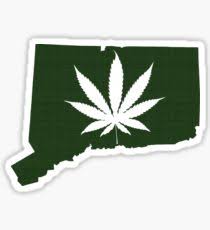 HARTFORD — A bill that would allow Connecticut adults to legally use marijuana for medical purposes, if the drug is prescribed by their doctor, has cleared its first legislative hurdle. Members of the General Assembly’s Judiciary Committee voted 35-to-8 in support of the bill Wednesday, after an hour-long discussion of the measure.  This year’s bill proposes a system for licensing medical marijuana producers, dispensing the drug, and registering qualified patients with debilitating conditions. Under the proposed bill doctors could prescribe marijuana to patients who suffer from certain specified illnesses.  Additionally, the bill would limit medical marijuana prescriptions to a one year supply and require all drug manufacturing and distribution to be done in Connecticut. Many Connecticut lawmakers have said the bill is the best that has been presented before the committee, and even the legislature, as it addresses many concerns that opponents have raised in previous years.    Bill supporters said marijuana should be legalized for medical purpose to help state residents who are suffering from debilitating diseases.  Sen. John Kissel, R-Enfield, a ranking member of the committee, said the issue comes down to a matter of human compassion. “When you sit here year-in and year-out and you listen to these individuals facing these really horrific circumstances in their lives, who are we to not allow them to access this if it gives them some comfort?” he said. Despite this, some committee members voiced concerns on how the potential state law legalizing medical marijuana could be affected by the federal intervention. Rep. John Shaban, R-Redding, said because the issue is in violation of the federal law, it would create a dual policy where the drug is not illegal under state law, but federal law. Other opponents raised concerns that federal intervention under the law could result in arrests of state employees and doctors who prescribe or distribute the drug. Committee co-chair, Rep. Gerald Fox III, D-Stamford, said he is not concerned on with federal intervention, however, as the legislation is careful to operate within state law.  “We have crafted a bill that is very controlled and it’s our hope that it will alleviate a lot of the concerns people have had in the past,” he said. The bill’s passage comes shortly after a new poll shows a sizeable majority of Connecticut voters support allowing legalizing the drug for medical purposes. According to the poll conducted by Quinnipiac University, 68 percent of registered voters said legalizing medical marijuana for adults is a good idea while 27 percent said it’s a bad idea.  The survey of 1,622 registered voters has a margin of sampling error of plus or minus 2.4 percentage points. Mike Lawlor, the undersecretary of Criminal Justice Policy for the Office of Policy and Management, said Gov. Dannel P. Malloy supports the concept of the legislation. He said he is confident the governor will sign the bill if it reaches his desk this session. A bill legalizing the medical use of marijuana in Connecticut failed during last year’s legislative session.