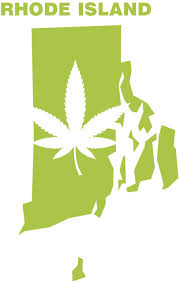 Legislation would decriminalize marijuana in R.I.

Around 15 supporters and one lone dissenter provided testimony on two bills regarding the legality of marijuana possession at a House Committee on Judiciary hearing last night. The first bill, introduced by Rep. John Edwards, D-Tiverton and Portsmouth, would decriminalize the possession of small amounts of cannabis. The second bill, introduced by Rep. Edith Ajello, D-Providence, would make marijuana a legal drug that could be “taxed and regulated.” This is the third year in a row the decriminalization bill has been brought before the committee.

Edwards said decriminalizing marijuana would save the state between $4 million and $11 million, remove the social stigma of being arrested for what many consider a minor offense and provide regional consistency across New England. Marijuana is currently decriminalized in every New England state except Rhode Island, New Hampshire and Vermont, which also have decriminalization bills pending.

If the decriminalization legislation passes, adults found with one ounce or less of the drug would incur a $150 fine but would no longer face jail time. Fourteen states have passed similar legislation, and “none have imploded,” Edwards said.

Casey O’Dea ’14 and Jared Moffat ’13, members of Students for a Sensible Drug Policy, attended the hearing to testify in favor of the bill. Moffat is a Herald opinions editor. Current laws regarding marijuana are ineffective, O’Dea told The Herald. There is no evidence that suggests decriminalization leads to higher use rates, and half the revenue generated from the new fines would help fund programs to educate minors about drug use, he said.

Kathleen Sullivan, director of the BAY Team, Barrington’s drug prevention coalition, was the sole opponent of the proposed legislation to testify at the hearing. She said she was concerned about the drug’s short- and long-term risks, especially for young people. Decriminalizing marijuana may alter how young people perceive it, she said. “When their perception of harm goes down, over time, use rates go up,” she said.

Not enough time has passed to accurately measure the effects of the drug’s decriminalization in other states, Sullivan said. Marijuana may “diminish” students’ academic potential, she added. “What is our workforce going to look like in the future?”

Both Sullivan and Rep. Doreen Costa, D-Exeter and North Kingstown, said they were concerned that decriminalization could lead to increased cases of driving under the influence.

Many Rhode Island residents — including students, parents and law enforcement workers — testified in favor of the bill. The current law is “perceived as a tremendous waste of time and resources,” said Bev Commery, who has been a patrol officer in Providence since 1976.

More than 40 percent of the court’s time is spent dealing with marijuana charges, despite the fact that “most people incarcerated for marijuana are generally not associated with violent crime,” said Becky Marin, a representative from OpenDoors, a Rhode Island organization that offers support to those who have been incarcerated.

Proponents of the bill also asserted that the current law is discriminatory. College students and people who live in affluent communities are never targeted, Commery said.

Minority communities are currently “hit the hardest” by the state’s marijuana policy, said Robert Capecchi, a legislative analyst for the Marijuana Policy Project, an advocacy group for marijuana policy reform. Blacks and Hispanics are 1.6 times more likely to face arrest and 8 times more likely to be sent to jail for the same act as their white counterparts. Those with criminal records cannot receive financial aid and student loans, live in public housing or hold public-sector jobs, he said.

Steven Brown, executive director of the Rhode Island  affiliate of the American Civil Liberties Union, told The Herald that public officials, including President Obama, have admitted to smoking marijuana and violating this law. “Its time has come,” he said.

Many of the same supporters testified in favor of Ajello’s legalization bill, though they were less hopeful that it would pass this year.

Capecchi said regulating and taxing the sale of marijuana could be an “incredible financial boon” for the state.

Peter Hammond, a Rhode Island resident, said, “If you ask the people in Woonsocket right now if they want to raise taxes or sell a little marijuana, what would they want to do?”