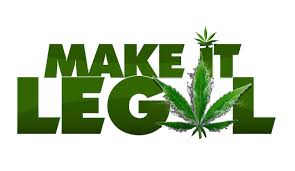 Marijuana Must Be Legalized

The team of 25 militarized cops stream into the house, screaming obscenities, shattering the terrified childrens’ sleep and jarring the scared parents awake. The SWAT team then literally destroys the home and the furniture within, slashing couches, overturning bookcases, throwing possessions all over the floor, carting the crying children off to Social Services or foster care, and throwing the parents to the ground at gunpoint, handcuffing them painfully before carting them off to the police station.

The SWAT team then locates its target: a couple dozen three-foot high cannabis plants in a modest indoor basement garden, and a pound or so of dried plant matter, some lights, some fertilizer, and a few books on how to grow marijuana.

This is not an extreme example. This scene literally happens every day in America, a nation that loudly professes that it is a “free” country, but that leads the globe in per capita incarceration of its own people, a rate that exceeds those of human rights leaders such as North Korea, China, and Iran, due mostly to the war on drugs.

And this scene embodies America’s war on marijuana. A government this large, this powerful, this intrusive, this belligerent, is necessary to fight this modern-day prohibition against a simple herb that approximately half of the American adult population has consumed at some point in their lives. There are so many reasons this must change:

The war on marijuana costs us money. The direct costs to local, state, and federal governments are staggering and exceed a trillion dollars. Police, prosecutors, probation officers, judges, courts, jailers, prison guards, and defense lawyers form a massive prison-industrial complex that distracts limited resources away from our failing economy and other more important priorities. The indirect costs to the economy, though more difficult to quantify, are probably higher in the form of people removed from their families and their jobs, the opportunity costs of distracted police and jammed courts too busy to adjudicate important criminal and civil cases. We also lose out on the benefits of industrial hemp, which has no recreational effect but which could be an extremely useful crop for American farmers and industry.

And all of this money has been wasted — accomplishing, like so many other heavy-handed government programs, the precise opposite result of that which was intended. Even the U.S. government’s drug czar (it is appropriate that this government position is named after an imperial Russian tyrant), Gil Kerlikowski, admits that the 40-year experiment with drug prohibition has been an abject failure.

Decades of drug prohibition has not accomplished a single of its goals. Albert Einstein’s definition of insanity is “doing the same thing over and over again and expecting different results.” As our governments at all levels pour more lawyers, guns, and money into this militarized marijuana prohibition, people still obtain it — easily — and supply and demand is totally uninterrupted on a macro scale; one dealer falls, another pops up. Under Einstein’s definition, our government is literally insane.

The war on marijuana is alien to the principles of a free nation founded on the principles of limited government and personal responsibility. The negative impact of marijuana prohibition laws far outstrip the negative impact of the substance itself, which is one of the few things on Earth that has no practical lethal dose, it is basically harmless.

Humans in all cultures have used the cannabis plant since the dawn of history for medicinal, spiritual, industrial, and recreational purposes; only in the 20th century did it occur to any government to prohibit it. Thomas Jefferson and other founders grew cannabis on their plantations. The Declaration of Independence is written on hemp paper. Even Genesis 1:29 confirms that God gave man every seed-bearing plant on the Earth. God giveth, government taketh.

For the American government to prohibit the cannabis plant, that government must declare war on its own principles. Such a prohibition then contributes to overall erosion in the general population’s respect for the rule of law, because the aggressive enforcement of this law touches so many people and makes the law itself — not just marijuana laws, but all laws and law enforcement officials — a joke.

The body armor-clad government stormtroopers are necessary to prosecute the war on marijuana. That level of expensive and intrusive force is necessary if cannabis, widely used and widely accepted, is to be prohibited from our private homes and lives. But perhaps the best brief against prohibition is the fact that marijuana is widely available to prisoners in America’s prisons and jails. Prisons and jails are the most tightly regulated, highly government-controlled locations in the world. If the government cannot keep marijuana outside of these places, can anyone seriously argue prohibition is enforceable in the general population?

The war on marijuana, like alcohol prohibition before it, creates and fuels the criminal underclass, organized crime, and domestic and foreign drug cartels. It is basic Economics 101: where there is a demand, a supply will be created to meet it, period. Human demand for marijuana, like alcohol, has lasted thousands of years, and will never go away. Leading economists like Milton Friedman have long seen the drug war as an economically-bankrupt policy.

If marijuana were legalized and taxed, violent drug cartels would lose the principal source of their income. Marijuana ought to be treated like a more dangerous substance: alcohol, available at the corner liquor store, and taxed and regulated. How many Mexican drug cartels smuggle beer over the border? Ban it, and you would see many. Create a regulated legal market for it, and the drug cartels are not involved.

It is literally easier for American schoolchildren to obtain marijuana than beer.

That is because the government has created the black market in marijuana, making it more accessible to children. There is no black market in beer. It is relatively cheap and easy to obtain, for adults, but difficult for children. Prohibition increases childrens’ attraction to marijuana; the “forbidden fruit” is always sweeter.

For all of these reasons and many more, Americans have now passed the critical 50 percent threshold in support for legalization of marijuana. (These polls typically understate support, as many Americans are understandably reluctant to admit to using or supporting marijuana to an anonymous telephone surveyor.) Even conservative televangelist Pat Robertson recently acknowledged that marijuana ought to be legal.

It is long past time for politicians at all levels to end this bankrupt policy of Prohibition, and stop breaking down the doors of Americans who only want to possess a harmless plant in the comfort of their own homes.