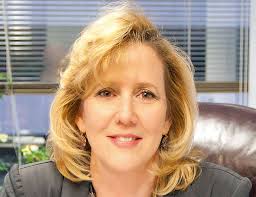 Medical marijuana community up in arms over Roach comments

Declaring that marijuana has no known medical value, The DEA’s new regional chief Barbra Roach has also let it be known that she would find a place to live that does not allow medical marijuana businesses. It is not surprising that in Colorado, where voters have approved medical marijuana, some find her comments to be more than a little offensive.

“By federal law, marijuana is illegal,” she told the Denver Post. “There is no medical proof it has any benefit.”

Roach told the Post that marijuana is illegal despite state law that legalizes it for medical use. She has not returned a call seeking further comment.

It is well documented by now that Colorado U.S. Rep. Jared Polis, a longtime proponent of drug reform took immediate and impassioned exception to Roach’s comments.

She concludes that her goal is to “focus on dismantling the “top echelon” of drug organizations.” And “to strive for the large drug trafficking organizations – not just domestically, but internationally.”

On this, I wish her well. Ironically, Colorado’s legalized and regulated marijuana industry has probably done more damage to large drug trafficking organizations than her work will ever accomplish, but I certainly wish her well in her efforts unless she starts raiding legal Colorado businesses who are abiding by our laws.

Polis is not the only person in Colorado a little miffed that the Drug Enforcement Administration would promote someone to run the DEA’s operation in Colorado, Montana, Wyoming and Utah who is openly hostile to medical marijuana.

“Kudos to Rep. Polis for highlighting and responding to DEA Agent Roach’s silly comments about marijuana and derision of communities throughout Colorado,” said Mason Tvert, one of the leaders of efforts to legalize marijuana in Colorado. “Polling shows a majority of Colorado voters believe it is time to end marijuana prohibition, and this November they will have the opportunity to do just that. As a recent transplant to Colorado, I hope Agent Roach will respect our state’s ongoing discussion about the benefits of regulating marijuana like alcohol and refrain from using her government job to interfere with the debate.”

Proponents of marijuana legalization in Colorado speak with the press here about their disappointment in the Obama Administration’s handling of medical marijuana issues. (Kersgaard)

“Medical marijuana has saved my son’s life,”Shan Moore told The Colorado Independent. Moore’s son, Chaz Moore, also known as Bill Smith, has a rare neurological disorder that causes upper body spasms. The teenager missed about a year of school, much of it spent in hospitals, before the family reluctantly agreed with a physician recommendation that they try medical marijuana, which they credit with reducing the frequency, duration and intensity of the attacks.“Medical marijuana saved Cash Hyde’s life. It saves people’s lives. Period,” said Moore. “I challenge Roach and (U.S. Attorney) John Walsh to a debate on the medical value of marijuana,” he said.

Cash Hyde is a young Montana boy whose parents have given him cannabis oil to fight a brain tumor and to help combat the effects of chemotherapy. They credit the cannabis with keeping Cash alive. While the tumor returned after our original story was published, family friends told the Independent Cash’s cancer is again in remission, a fact confirmed by the “>Hyde family website. We did not talk to the family for this story.

As noted in the above video, few medical doctors are willing to talk about treating kids as young as Cash Hyde with cannabis. Here, we interview Hyde’s doctor, who says he has no doubt about the treatment.

“I’d like to ask them why they are trying to kill my kid,” Moore said. He said he worries that if medical marijuana dispensaries are shut down, he or Chaz–who turns 18 soon–will have to buy marijuana from street dealers.

“I worry about that. I know what I was like at 18, and I worry what will happen if dealers try to sell him meth or ecstasy along with the marijuana he needs. I worry about what else might be in the marijuana,” Moore said.

He said he also worries about the legal prescription drugs that Chaz used to take to control his seizures, many of which were so debilitating that Moore had to be hospitalized while on the drugs.“Every 19 minutes someone dies from a prescription drug overdose. Why are they trying to put my son in harm’s way?” he asks. In fact, prescription drug overdoes are a rising cause of death in the U.S. and around the world, but finding an exact number of how many people are killed each year is difficult.

“They (Walsh and Roach) say they are trying to save children, but that is what I’m trying to do. When they shut down dispensaries, they send families like our to the Mexican cartels, where you don’t know what the product will be laced with. It scares the hell out of me. I don’t want to have to go to drug dealers for the medicine my family needs. Dispensaries don’t push meth or cocaine on my kid, but the drug dealers will,” Moore declared.

“This is just part of the DEA’s new approach,” said Jim Gingery, executive director of the Montana Medical Growers Association. “Are these people serious? I’m concerned that we have anyone in public office who is not up on the current research.”

The Colorado Independent reported earlier this year that the DEA was investigating Montana Legislator Diane Sands in connection with a drug trafficking case. Sands surmises the investigation is because of her support of the state’s medical marijuana laws.

“Nothing will change until President Obama says so,” said a spokesperson for Colorado’s Legalize2012 campaign, which is seeking to make marijuana completely legal in Colorado and is not to be confused with the Regulate Marijuana Like Alcohol initiative. “This doesn’t bode well for Colorado. Of course marijuana has medical value–there is 10,000 years of history with marijuana as medicine.”

Even the National Cancer Institute has acknowledged the value of cannabis in treating cancer. The NCI has since removed this information from its website.

Here, local attorney Kristy Martinez talks about her battle with cancer–and the role cannabis played in her fight for survival.