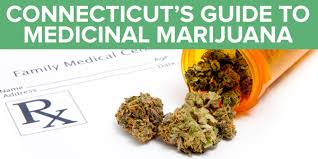 Kudos to Erik and his team for fighting for patients. -UA

Lawmakers are once again considering legislation, House Bill 5389, to allow for the limited legalization of medical marijuana by qualified patients. HB 5389 has been assigned to the House Committee on the Judiciary and is scheduled for a public hearing on Wednesday, March 7th.

State lawmakers previously passed medicinal cannabis reform legislation in 2007, only to have it vetoed by then-Gov. M. Jodi Rell. New Gov. Dannel Malloy is a supporter of marijuana law reform.

Please take time today to contact your state House and Senate members and urge them to support allowing for the medical use marijuana by qualified patients. For your convenience, a prewritten letter will be sent to your representatives when you enter your zip code below.

To receive e-mail updates on the progress of this legislation and what you can do to assure its passage, please contact Erik Williams, Connecticut NORML Executive Director, here.

Thank you for your support of NORML and our efforts to enact medical marijuana reform in Connecticut.