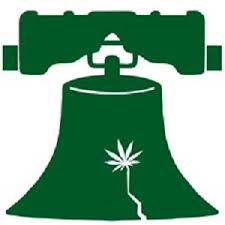 Some Pennsylvania lawmakers are pushing for passage of bills to legalize the use of marijuana for medical use, although state officials say action is doubtful this year.

Fifteen states have already adopted laws legalizing marijuana for medical use, and 17 states — including Pennsylvania — have pending legislation.

“It’s time to join the other states that are adopting this as a more rational approach,” said Sen. Daylin Leach D-17th of Montgomery. “We give people far more addictive drugs like Oxycodone and morphine, but God forbid if they use medical marijuana somehow civilization will come to an end. It’s just an irrational policy.”

With Baby Boomers now in their 60s and facing a host of medical problems, support appears to be growing for medical marijuana. A Franklin & Marshall poll conducted in May last year found that while only 33 percent of people support an outright legalization of marijuana, 80 percent favor allowing adults to legally use it for medical purposes.

The measure has not come for a vote in either the House or Senate, but Leach said it is just a matter of time.

“We’ve had private conversations and a good number of senators agree (with medical marijuana) but many are averse to controversy,” said Leach. “Others are just not looking for controversy on a social issue.”

State Senate Majority Leader Dominic Pileggi, R-9th of Chester, said far greater issues are facing the Senate and he doubts the bill will get out of committee anytime soon.

“I see no prospect of this being a debate this year,” said Rep. Duane Milne, R-167th of Willistown. “People are understandably concerned about jobs and economic security, and right now that takes front and center.”

Said state Rep. John Lawrence, R-13th of Franklin: “I’m not a supporter of the legalization of marijuana for medical purposes. This is an issue that should be dealt with at the federal level. Look what happened in California where you have a tremendous increase in marijuana usage and it’s not going toward the folks the law intended it for.”

A law in California has seen an increase in robberies and shooting at cash-only shops for medical marijuana, the sort of thing some local law enforcement officials fear.

“I have serious concerns about people obtaining it and being robbed of it when leaving the facility,” said Kennett Square Police Chief Ed Zunino.

Leach sees this concern as preposterous. “Then why don’t we just ban banks,” he said.

Two hearings on the topic were held before the House Health and Human Services Committee last year. During one hearing, Dr. Harry Swidler, an emergency medicine physician testified: “Marijuana is non-addicting. There is no physical dependence or physical withdrawal associated with its use. It is, from a practical standpoint, non-toxic. Marijuana is safer by some measures than any other drug.”

Forensic pathologist Dr. Cyril Wecht testified: “I have personally preformed 17,000 autopsies and reviewed 36,000 other postmortem protocols signed out by pathologists throughout the United States. I have never attributed a death to marijuana overdose.”

The law’s intention is for marijuana to reduce the stress and anxiety of a person suffering from a serious medical condition.

“I think the use of marijuana has some place in medical treatment, for weight gain and some possible pain management,” said Heidi Owen, director at Neighborhood Health Hospice in West Chester. “We use medication to calm people down and make them feel better. If marijuana became a legal medicine and it works, more power to it. But I think more studies need to be done because marijuana is a euphoric medication and doesn’t have the same receptors as morphine.”

But because marijuana is classified in Pennsylvania as a Schedule 1 drug, along with heroin, researchers are prohibited from providing it to study participants, Compounds extracted from cannabis can be used in clinical trials. So far, scientific research into marijuana found it can damage lungs and can impair brain function for longer periods of time than alcohol.

Even though prescription of the drug would be tightly regulated, some in law enforcement say there’s simply too much potential for abuse.

“It just opens the window for abuse,” said West Brandywine Police Cpl. Gary Williams. “We have enough problems with alcohol. We have horrible accidents and deaths caused by substance abuse. Legalizing marijuana will make it that much worse.”

Some states have passed laws legalizing medical marijuana because of the tax revenue it generates, and Leach feels this will be the impetus for Pennsylvania to follow suit.

“A tax on it would bring in missions of dollars into state coffers which we could use for other health care needs,” Leach said. “I just don’t see a downside at all.”

But a RAND Corp. study released recently found that while legalizing marijuana could increase consumption, it would cut the drug’s price by as much as 80 percent simply by taking it off the black market. This would reduce revenue projections that some lawmakers are touting.