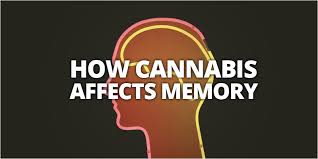 Marijuana on Memory: University of Ottawa discovery — Alzheimer’s and schizophrenia

OTTAWA — A major international study led by Professor Xia Zhang from the University of Ottawa Institute of Mental Health Research (IMHR) at the Royal and the Faculty of Medicine sheds new light on how our memory is affected by marijuana. Ultimately, the study results may allow us to harness the power of marijuana to treat pain, seizures and other ailments without hurting memory.

The findings, published in the recent edition of Cell journal, provide the first evidence that astrocytes or astroglia—a major type of brain cell— play a key role in regulating memory and controlling neurons. This dispels a century-old belief among scientists that neurons act alone in weakening memory under the effects of marijuana.

The study shows that marijuana’s major psychoactive ingredient (THC) impairs memory independently of its direct effects on neurons. The side effects stem instead from the drug’s action on astroglia. Given that Cannabinoid type-1 (CB1Rs) receptors (receptors that cause a reaction to marijuana) differ according to the type of cell they are found on, there might be a way to target the receptors on neurons and leave the astroglia out, which would nullify marijuana’s ill effects on working memory.

In addition, the evidence that astroglia can play a primary role in the impairment of working memory opens up new paths for exploring and treating memory problems linked to Alzheimer’s or schizophrenia.

Dr. Xia Zhang, director of uOttawa’s IMHR Translational Neuroscience Laboratory, led the study in partnership with Giovanni Marsicano of INSERM in France, along with a team of 17 scientists from North America, Asia and Europe.