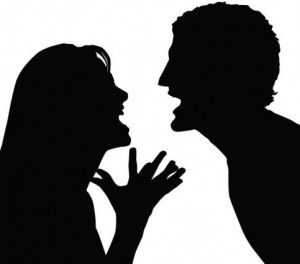 All you dabbers out there…..be safe………I really don’t want to post an article about you…….-UA

A San Francisco man accused of causing an apartment explosion in the Ingleside neighborhood while trying to make hashish oil railed against his girlfriend and co-defendant in his first Superior Court appearance Thursday.

Thomas Weed, 26, created a hubbub when he briefly resisted his attorney’s advice and insisted on his right to speedy court proceedings, saying the only reason for a delay would be to “find evidence against me.”

Weed, who pleaded not guilty, declared loudly to his attorney that he “didn’t get burned” and “wasn’t there” when his girlfriend, Angelic Cisneros, 33, and her 12-year-old son were injured in the Feb. 7 explosion on the 1200 block of Capitol Avenue.

“I don’t want any time for her to come up with more lies against me,” Weed said angrily.

Prosecutors say the blast happened when butane used in the manufacture of hash oil exploded. Weed and Cisneros have been charged with six felony counts each, including recklessly causing a fire that resulted in bodily injury, child endangerment and drug counts.

Weed’s attorney, George Borges, told his client that waiving his right to a preliminary hearing within 10 days would allow him to prepare a stronger defense. Judge Richard Ulmer pointed out to the defendant that Borges had more legal experience than he did and said he should listen to him.

“I’m not telling you what to do, but it’s up to you,” the judge told Weed.

Within minutes of his outburst, Weed decided to waive his right to a speedy preliminary hearing after all.

Weed and Cisneros, who has also pleaded not guilty, are being in lieu of $350,000 bail apiece. Weed is scheduled to return to court Feb. 27 alongside Cisneros to set a date for a preliminary hearing.