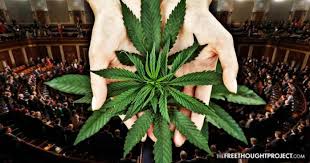 The smoke-filled room of medical marijuana legislation in Olympia will continue to be shrouded in haze.

Many folks in Kent and members of the City Council were hoping the Legislature would clear the air on the medical marijuana issue, which had caused a considerable dose of consternation at several council meetings and in the Economic and Community Development Committee.

That hope appears to have vanished into a puff of smoke when the bill did not make the cutoff Tuesday night in the Senate to move to the House.

The medical marijuana measure, Senate Bill 6265, made it out of the Health and Long Term Care Committee and Rules, but hit a logjam on the Senate floor Tuesday.

Philip Dawdy, a lobbyist who worked with the Washington Cannabis Association, stated the bill was “taken hostage” in a fight between the Republicans and Democrats. His speculation is definitely inside baseball from the Olympia dome perspective, and very fun to hear.

Fain said the bill was “on the bubble to begin with” and his amendments were not the stop sign.

He stated when 5 p.m. Tuesday rolled around the bill did not make the grade.

Fain said the state’s marijuana legislation is currently “fractured law.” The senator did sign the letter from Gov. Chris Gregoire asking the federal government to reclassify marijuana as being suitable for medical purposes.

Dawdy agreed with Fain the amendments did not kill the bill. He said a compromise was worked out concerning the amendments with the many players, but with the issue coming up so close to the vote, Thursday or Friday apparently, time was spent on the compromise rather than shoring up votes to get the bill to the House.

It is possible with Initiative 502, that seeks to decriminalizing marijuana, heading for the ballot in November, some of the steam for fixing the legislation may have dissipated.

Federal law lists marijuana as a Schedule I controlled substance along with heroin.

The Kent City Council passed a second six-month moratorium on collective gardens and dispensaries in January, but has not been able to come to an agreement on zoning regulations for medical marijuana establishments.

It looks like Kent will continue to be wrapped in a medical marijuana fog for some time.