Despite a former TCU player claiming that drug use was widespread on the team, only five players tested positive for marijuana in a Feb. 1 test, a source told the Fort Worth Star-Telegram on Thursday.

Another 11 players had trace amounts of marijuana in their systems, a quantity that is within the margin of error for the test, the newspaper reported. Marijuana was the only drug detected, and 86 players tested clean, according to the report.

The newspaper’s source did not indicate if any of those players were among the five who failed the test.

The arrest warrant for Brock, the leading tackler in 2010, indicated that the player admitted to an undercover officer that he had flunked the test. Brock also allegedly said that there “would be about 60 people being screwed.” The warrant says that he told the officer that he and Horn had looked at the TCU roster and felt that only 20 players could pass the test.

Brock’s arrest warrant claims that he, Horn and Yendrey were dealing marijuana.

In response to the allegation of widespread drug use, TCU cornerback Kolby Griffin posted a tweet on his personal account Wednesday that read, “This rumor about 82 of us failing a drug test is false completely false.”

TCU released a statement late Wednesday afternoon that said the school tests its athletes for drug use “on a regular basis.”

“The comments about failed drug tests made by the separated players in affidavits cannot be verified simply because they were made in the context of a drug buy,” the school said.

“This has never been about who was using drugs or how many failed a drug test, therefore we will not release any results,” Boschini said. “Any student using drugs is one too many. Our students are primarily 18-21 years old. They come from all walks of life and they contribute to the University in different ways. Sometimes they make choices we don’t understand. We are proudest of them when they learn and grow from their mistakes. There is no doubt that students fall short from time to time, but we also know that they, as we, are committed to getting back up and moving forward.” 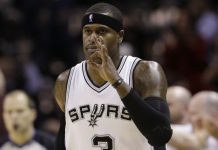 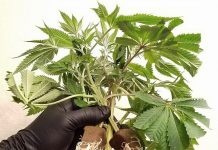 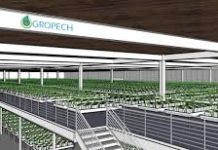