ROGUE RIVER, Ore.—When police knocked on Josh Brewer’s door to check for marijuana, even one of the nation’s most liberal medical marijuana laws was put to the test.

Officers were fine with the two pounds 10 ounces he and a cousin had grown, harvested, and processed. That was under the pound and a half each allowed by law. And they didn’t care about the 12 plants — six each — growing in the backyard. Also legal.

But after they discovered the additional two pounds 11 ounces drying on coat hangers suspended from the ceiling in the living room, officers arrested Brewer, sparking a legal battle over what was enough — in the maximum sense — for medical use, and what crossed the line into the potential for illegal sales.

A motion to dismiss the case because the drying marijuana was not “usable” under Oregon law was turned down by a judge. Brewer served 60 days in jail and received three years of probation, putting him back on conventional pain pills for a wrist he said he injured in a construction accident.

But Brewer, 24, beat the rap and has already started a new pot garden after the state attorney general’s office conceded last week that, based on a 2007 Oregon Court of Appeals ruling, the marijuana still drying on coat hangers did not qualify as ready for use.

“Without the hanging marijuana, there is no evidence that defendant possessed more than the lawful amount of `useable marijuana,'” said the state brief on Brewer’s appeal.

The case illustrates that 16 years after California became the first state in the nation to make medical marijuana legal, the legal questions over what is legal and who goes to jail and who doesn’t are far from clear. The 15 states that allow marijuana use for medical reasons each have their own widely-varying approaches.

Southwestern Oregon lies at the northern tip of what is known as the Emerald Triangle, for its prime marijuana-growing climate. The region also has the highest per capita concentrations of medical marijuana growers in the state. With so much pot allowed under Oregon law, law enforcement says it’s difficult to make sure that none is sold illegally.

“It’s turned into a Cheech and Chong movie. `Up In Smoke,’ man,” said Medford police Chief Tim George, whose officers arrested Brewer in 2009. “We are swimming in weed.”

Oregon and Washington both allow users to possess 24 usable ounces, by far and away the most. California allows eight ounces, but unlike most states, only counts the buds, the most potent part of the plant. Most other states allow 2-3 ounces. Colorado allows 2 ounces, Maine 2.5 ounces, and Hawaii 3 ounceseorge said the way the law stands, medical marijuana growers can be growing — year-round indoors — disposing of, and replenishing their stock from their plants and a stockpile of drying branches.

“How dry is dry in order to make it count?” he said. “Right now you can have 1.5 pounds per day every day of the month. That is crazy.”

Research done for the U.S. Drug Enforcement Agency found that marijuana plants can yield 1 to 5 pounds dry weight, with the prized buds making up 18 percent and leaves 16 percent. Using those figures, the six plants per patient allowed in Oregon could amount to 2-10 pounds of buds and leaves, far more than the 1.5 pounds allowed.

Marijuana clinic owner Paul Stanford said 1.5 pounds for the entire year would be enough for most people who smoke their medicine, but not for people who use it to bake cookies and the like.

Whatever the legal amount, vulnerability to arrest remains.

“As long as the police don’t come into their homes, they don’t have a problem,” Stanford said. “If they have to interact with police for any reason, it can be a very big problem.”

Brewer said he had a job building outdoor kitchens in 2006 when he cut a nerve in his wrist with a razor blade. He got a medical marijuana card for pain the next year, and started growing his own medicinal pot, using a popular handbook.

In 2009, he and a cousin rented a house in Medford so their marijuana was not around Brewer’s wife and three young children. They built a 14-foot fence around the backyard and planted 12 plants — six each.

Brewer said he learned to cut off branches and hang them on coat hangers on hooks in the ceiling to dry in order to stay compliant with the law.

“Say you go out and cut all six plants down and bring them in to hang,” he said. “When all that’s dry you’re going to be over your limit. It’s setting you up for an opportunity to get busted.

“But if you go out and are taking a branch here, a branch there, you get little bits at a time `til you have what you need. The excess medicine you’ve got you can donate to a clinic. You can burn it. There are multiple ways you can dispose of it.”

Brewer said police from a regional drug task force knocked on the door one day and asked to look at his operation. He let them in, and they said he was within the law.

But two days later at 1:30 a.m. he heard his dogs barking and got out of bed to find Medford police at the door. They seized the processed and drying marijuana, leaving the plants in the yard.

With reversal of the conviction, Brewer said he plans to sue Medford police and the city for $15 million.

“I hope these cops realize after this they can come and try and get me as much as they want, but the more they come, the more I’m going to fight,” he said. 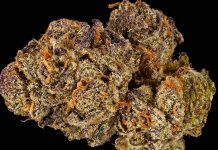 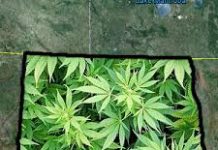 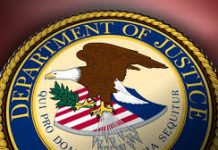