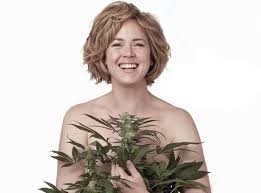 Heather Donahue‘s film career has gone to pot.The actress took a new direction in life after her career stalled following the overnight success of her 1999 indie horror flick “The Blair Witch Project.”

In her new book “Growgirl: How My Life After ‘The Blair Witch Project’ Went to Pot,” Donahue reveals she left her Hollywood life behind to become a marijuana grower.

“I took all my stuff into the desert related to my acting career and burned it all,” she told the Philadelphia Inquirer.

Donahue, 37, said she first discovered medical marijuana after it was prescribed to her in 2007 to treat PMS. Frustrated by her flagging film career, the actress found herself a new profession when she met a man who had lived in “Nuggettown,” a pot-growing community in Northern California.

“The acting projects I was lucky enough to work on weren’t always things that I felt good about putting out into the world,” she said on her website. “I didn’t see that getting better as I got older. I wanted to change my life, see what else was out there for me, what else I might become.”

Donahue described herself as an “avid gardener” who began to sell medical marijuana, becoming “a solitary country girl” after her time spent in the spotlight.

However, it wasn’t until she decided to write about her experience that she gave up cultivating pot.

As for whether she thinks marijuana should be legalized, Donahue seems torn on the subject.

While she’s afraid corporations could overrun “mom-and-pop” growers, she believes it should be made available to everyone.

“Cannabis has been intertwined with human culture for thousands of years,” she said. “It’s here to stay as medicine, as an industry, and as a component of the culture. The idea that such a hearty, useful plant could be legislated out of existence seems pretty foolish, especially in retrospect.”