So do the fuzz carry scales to verify? -UA 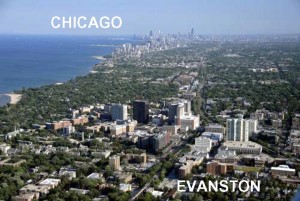 North suburban Evanston is easing penalties for marijuana possession. Anyone caught in Evanston with 10 grams of marijuana or less will be getting a ticket instead of being sent to jail.

“One is to reduce the load and burden on the criminal justice system, but also with regard to someone who is guilty of such a violation, not to put such a dark mark on somebody’s permanent record,” Wilson said.

Illinois state law punishes those with small amounts of pot with up to six months in prison and a $1,500 fine. But Evanston offenders will instead face a city fine between $50 and $500.

Evanston Mayor Elizabeth Tisdahl said the idea first crossed her radar a few months ago. A friend called her up after hearing an NPR story about a similar law in Ann Arbor, Michigan. Tisdahl said the more she thought about it, the more sense it made.

The National Organization on the Reform of Marijuana Laws spokesperson Allen St. Pierre said 14 states and about 50 cities around the country have similar marijuana laws. St. Pierre said he’s not surprised Evanston would take up this ordinance because college towns are among the leaders in this trend.

Alan Cubbage is the vice president for university relations at Evanston’s Northwestern campus. He said he was surprised to hear of the ordinance, and he doesn’t think that it will have much of an impact on the university’s approximately 15,000 students in Evanston.

“At least to my knowledge there has not been a real problem or concern in terms of Northwestern students being arrested for possession of marijuana,” Cubbage said.

Mayor Tisdahl said she hopes the ordinance ultimately helps young people get jobs as small amounts of marijuana possession won’t result in them having a criminal record.