Those caught in public with drug would pay $300 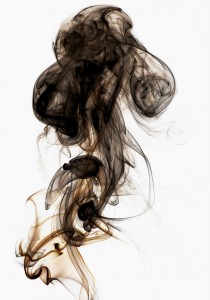 NEWBURYPORT — A measure that would impose a fine on anyone who gets caught smoking marijuana in public in Newburyport is going before the City Council tonight.

Councilor Brian Derrivan, chairman of the council’s Public Safety Committee, is expected to introduce a new ordinance imposing a $300 local fine on anyone smoking, ingesting or otherwise using or consuming marijuana while in a public place.

According to a letter from Andrea Egmont, the city’s director of youth and recreational services, more than 60 communities throughout Massachusetts have already adopted similar ordinances.

Egmont said that since Massachusetts lessened the use laws in 2009, decriminalizing the possession of less than 1 ounce of marijuana, “the (new) policy has changed the perception of risk by both teens and adults.”

“We have heard time and time again from young people that ‘it’s legal,’ ‘it’s natural’ and ‘everyone does it,'” she said.

Egmont said Newburyport High School officials have reported to the BEACON Coalition that since September, as many as 10 students have had expulsion hearings connected with having marijuana on school property. In addition, the coalition, which aims to decrease underage use and abuse of alcohol, tobacco and other drugs in Newburyport to produce a healthier community, is hearing more reports of driving while under the influence of marijuana.

The proposed ordinance would make pot use in public places akin to the open container law for alcohol and would allow more enforcement “in situations such as waterfront concerts, sports events and other public events as well as public spaces such as the boardwalk, Inn Street and local parks,” she said.

“Whether people are pro- or anti-reform, this ordinance is created to protect members of our community who choose not to participate,” she said. “This ordinance would help to protect people’s rights to a healthy environment.”

Derrivan could not be reached for comment. The City Council meeting starts at 7:30 p.m. in City Hall.

In addition to the marijuana ordinance, a proposal to rezone about 4 acres on Storey Avenue, near the intersection with Low Street, to permit a possible CVS pharmacy will be back before the council.

The rezoning failed to get the two-thirds majority vote required for its passage at the last council meeting. But Councilor Ari Herzog availed himself of a special local rule to bring it back for more discussion.

Several financial measures are also on the agenda, including a routine request for a budget supplement from Mayor Donna Holaday and a tax rate order that will address financial needs for the upcoming year.

In addition, the council will deal with an order calling for financing for a new phase of the wastewater treatment plant