Medical Marijuana Resolution Now in Both Chambers of Florida Legislature

Resolutions to let voters decide on an amendment to the Florida Constitution to legalize medical marijuana have now been proposed in both chambers of the Legislature. 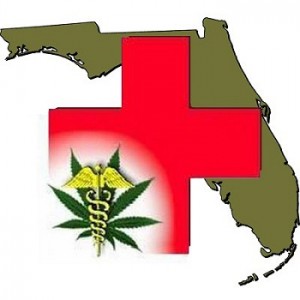 Miami Democratic Sen. Larcenia Bullard dropped Senate Joint Resolution 1028 in the hopper on Friday, becoming the Senate side to Lake Worth Rep. Jeff Clemens’ House Joint Resolution 353, which would put a medical-marijuana amendment up to the consideration of state voters next year.

The problem is that both the Senate and the House have to pass the resolution by a three-fifths margin for the amendment to make it to the ballot.

Clemens’ bill was assigned to three House committees in late October, and the chances of it making it out of any committee don’t seem too great.

Add in the fact that the People United for Medical Marijuana’s citizen petition is around 600,000 signatures short of earning a spot on the ballot and medical weed in Florida still looks like a distant pipe dream.

Still, the idea of legally gettin’ high on something other than OxyContin might sound a bit more appealing to Floridians.

The amendment proposed by both Clemens’ and Bullard’s legislation would take effect on July 1, 2013, if the issue were passed by the voters, and as we’ve explained before, the resolution gets into some of the details of how Florida’s medical-marijuana program would work.

The resolution’s language states that a medical-marijuana patient must have been diagnosed with a “debilitating medical condition” by two doctors and can’t have more weed than “legislatively presumed to be medically necessary.”

A patient can’t affect another person’s health or well-being with their weed-smoking, patients wouldn’t be able to smoke in public places, workplaces don’t have to accommodate an employee’s medical-marijuana use, and patients must be at least 18 years old to participate unless their parents give consent.

The resolution also would come with rights afforded to the patient, doctors, and caregivers.

Patients with children wouldn’t have their kids taken away just for using medical marijuana unless their “behavior creates an unreasonable danger” to the youngsters.

No caregiver could face arrest, prosecution, penalty, or disciplinary action from any professional licensing board for assisting with a patient’s use of medical marijuana.

If state or local law enforcement confiscates the medical weed in the event of an arrest, the resolution calls for the cannabis to be kept safe and never destroyed and must be returned “immediately” if the person isn’t prosecuted, the charges are dismissed, or the person is acquitted of the charges.