How about pardoning the PATIENTS yo 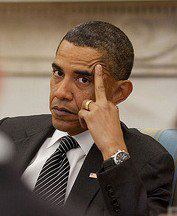 And he issued his first commutation, ordering the release of a woman next month after serving 10 years on a 22-year sentence for cocaine distribution.

None of those pardoned was well-known, as was the case with the president’s previous orders. The cases date back to 1984, when Martin Kaprelian of Park Ridge, Ill., was sentenced to nine years in prison for conspiracy to transport stolen property in interstate commerce, and other related charges.

Obama commuted the 2001 prison sentence of Eugenia Marie Jennings of Alton, Ill. Jennings was convicted in 2001 for distributing cocaine, and sentenced to 22 years in prison. The president ordered her to be released next month, but kept intact her eight years of supervised release.

Others who received pardons:

— Lesley Claywood Berry Jr. of Loretto, Ky., sentenced in 1988 to three years in prison for conspiracy to manufacture and distribute marijuana.

— Dennis George Bulin of Wesley Chapel, Fla., sentenced in 1987 to five years of probation and a $20,000 fine for conspiracy to possess with intent to distribute in excess of 1,000 pounds of marijuana.

— Ricky Dale Collett of Annville, Ky., sentenced in 2002 to one year of probation for aiding and abetting in the manufacture of 61 marijuana plants.

— Thomas Paul Ledford of Jonesborough, Tenn., sentenced in 1995 to one year of probation for conducting and directing an illegal gambling business.