From the comments: Readers weigh-in on medical marijuana debate 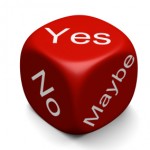 BAY CITY — Times readers this weekend had quite a bit to say on a five-part seriesof articles examining various aspects of the state’s controversial Medical Marijuana law.

Growers, their neighbors and patients, politicians and police officers all contributed their perspectives to the law and how it affects their lives and professions.
Some readers feel the law as it is written is only furthering confusion.
backward_MI:
Great case for dispenssaries to be the mechanism of distribution. I think the law should be ammended where the patient can grow plants for themselves, can buy from a dispensary, or buy from a grower at a designated business address of a cooperative. This will keep the transactions out of neighborhoods.
st:If this is used as a medical drug, then let the pharmacys handle it. I don’t believe just anybody can hand out prescription meds. In my mind, most people look and look til they find a Doctor to give them a permit. Who pays for all these doctor visits? Oh yea, the tax payer…Dumbest law I have ever seen.
Others feel the vilifying of marijuana is nothing short of fear-mongering.
CitizenXGen: The valuable lessons learned during prohibition were as follows: It did not eradicate alcohol use at all. It empowered the criminal element and created a black market underworld that eluded the tax base. The criminal justice system was corrupted and so called crime increased. So as Michigan struggles with its financial woes in law enforcement, jail overcrowding and a shrinking budget for its prisons, substantial funds could be eased up, taxes could be had, and jail space available for real threat to society by the decriminalization of this very benign, but very political, herbal remedy.
japrider: Why so much media and “Reefer Madness”? Marijuana has been all over for decades, the Medical grade marijuana is top quality & pure, where all the black market smuggled pot may have all kinds of crap in it. Legalize weed, it will stop the smuggling. I think law enforcement and Schuette either find picking on pot easy and heroric, or still full of “Reefer Madness”, maybe even make $$ from the black market crap. I have cronic back pain, and a condition where I may be on pain meds the rest of my life, and the pain meds will destroy my liver,kidney, and stomach in time. I could vaporize small amounts or marijuana, or use medibles and never smoke anything, and be relieved of my constant pain. Bill Schuette is on a campaign to eliminate the Medical marijuana program, he got some power and found a easy way to show his muscle, but meth labs, crack, and other hard drugs destroy lives each and every day, booze destroys lives and families everyday, not to mention killed on highways, and so many are innocent, but Billy is out to be a weed eater. I’ll never vote for this man ever again. He spends too much time and money on HIS weed war.
Others are of the opinion that any legislation of marijuana inherently violates American citizens’ freedom.
joedawg: As a conservative 8Im getting concerned. We are so out of touch with reality on this issue, its embarrassing. There is a difference between standing up for a cause, and making yourself look ridiculous. Reefer madness isn’t a corner stone of intelligent policy. Spending 50 billion dollars a year to fight a harmless plant isn’t conservative. Ignoring science shouldn’t be conservative. I’m 29 years old and I’ve never voted for a Democrat, but come on. Ten minutes of research online is about all the time one needs to debunk all the smoke and mirrors surrounding marijuana. It stated in racism, graduated to propaganda, and has continued through fake scientific studies and flat out lies, all spewed by the federal government. There are not two sides to this argument. Thinking with your heart isn’t honorable, its ignorant. Holding onto ridiculous propaganda for the sake of nostalgia isn’t going to help our movement. We are losing young voters with this kind of backward thinking. We are not a bunch of uneducated rednecks like the media wants to portray, we shouldn’t give them fuel for the fire by acting like a bunch of cave people who laugh in the face of science and common sense.

This is basic. We have 5% of the worlds population and we house 25% of the worlds prison population, that costs money, that is insane. Our policy is a joke, our position is changing, but it needs to change faster. This issue should have been resolved decades ago. The earth is not flat, we need to let go of this nonsense before its too late. We can’t imprison millions more and expect to look like America. We are supposed to be the land of the free aren’t we?