I told you the calendar was a bad idea. -UA 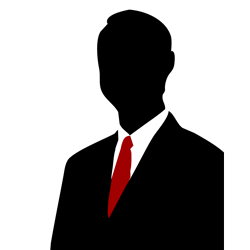 At the 2011 Hempcon medical marijuana convention in Denver in October, business lectures and panel discussions shared the program with more provocative events, like a Miss Hempcon pageant, in which scantily clad women, many of them dressed as nurses, danced for the audience.

(The “Hot Ass” and “Best Orgasm” contests were canceled, though they were included at Hempcon events in other cities.) Offering a counterpoint to the spring-break-style high jinks, local attorney Joel D. Russman, speaking at a Hempcon seminar called “Know Your Rights,” warned aspiring medical marijuana entrepreneurs to practice a little restraint when promoting their businesses.

“You don’t want to attract a bunch of extra attention,” he said, especially if your industry is essentially breaking federal law. In other words: Cool it with the naked chicks.

There are currently 16 states that allow some form of legalized medical marijuana, Bloomberg Businessweek reports in its Nov. 21 edition. Only Colorado allows marijuana businesses to operate as such. It’s the first, and for the moment, only, for-profit marijuana marketplace in the U.S.

Predictably, Colorado is in the midst of a marijuana boom. From 2000, when Colorado voters legalized marijuana for medicinal purposes with Amendment 20, to 2008, Colorado issued roughly 2,000 medical marijuana cards to patients living in the state. By 2011 that number had jumped to over 127,000 paying customers, according to the Colorado Medical Marijuana Registry, and at least 25,000 more have applications pending.

The exploding demand for medical marijuana has triggered a “green rush,” which has in turn rattled Colorado’s old-guard legalization advocates. Michelle LaMay, chairwoman of Willie Nelson’s Teapot Party in Colorado, would rather the for-profit side of marijuana disappear completely.

“I’ve never met so many greedy slugs in my whole life,” LaMay says. “I’ve taken calls from over 3,000 people who want to start their own cannabis business … all out-of-towners convinced there’s a fortune to be made here.”

Most dispensary owners will laugh when asked about profits. Michael Bellingham, co-owner of one of Boulder’s oldest medical marijuana suppliers, MM Dispensary, claims he has yet to make a dime after almost two years. Even with a large clientele, he hasn’t been able to pay back the $120,000 investment it took to start his company.

“One day I’d like to be on the payroll,” he jokes.

Bellingham isn’t discouraged, as medical marijuana is far from a conventional business. For one thing, he says, you have to be 100 percent self-financed.

“You can’t go to a bank and say, ‘I have a business plan and I need to borrow money.’ Banks are federally regulated, and marijuana is against federal law, so they won’t touch you.”

The customer base is undeniable. A 2010 survey conducted by the Substance Abuse and Mental Health Services Administration revealed that 17.4 million Americans use marijuana, up from 14.4 million in 2007.

The challenge for would-be marijuana tycoons is trying to keep up in an increasingly competitive business while marketing a product that is, at least on a national level, illegal. Opinions are mixed on how medical marijuana should or shouldn’t be promoted. Russman warns that being too vocal leads to early retirement. He points to Chris Bartkowicz, the fully licensed owner of a Denver-area dispensary.

“He went on the 10 o’clock news,” Russman says with a laugh. “He bragged about the $500,000 worth of marijuana he was growing in his basement a block away from an elementary school. That’s not marketing, that’s just stupid.”

In February 2010, Bartkowicz was arrested and later sentenced to five years in prison.

Mike Smith, one of the five co-owners of the marketing firm 420 Studios, has a very different marketing philosophy: “You have to go balls out.”

He’s seen countless dispensaries fail, he insists, because of timidity and fear.

“You’re already starting out with your hands tied behind your back because of the law,” he says.

He suggests selling marijuana in much the same way that beer companies sell beer or cigarette companies sell cigarettes- -with sex. After all, according to the Colorado Medical Marijuana Registry, 68 percent of medical marijuana cardholders are male.

“If you’re not using sexy girls to market your product,” says Smith, “you’re handicapping yourself,” he says.

Outside of conventions like Hempcon, most Colorado medical marijuana dispensaries are hesitant about self-promotion. They avoid television ads or billboards, and even websites are a rarity.

The main source of marketing tends to be print ads in local alternative newspapers. Some weeklies, such as the Colorado Springs Independent and Denver’s Westword, have supplements devoted to medical marijuana, where dispensaries with unmedical- sounding names like Daddy Fat Sacks and Mr. Stinky’s compete for attention. Then there are the sidewalk sign flippers, usually bikini-clad. An ordinance banning dispensaries in the Boulder area from using language inconsistent with legal medicinal use, whether in newspaper ads or sidewalk signs, was passed unanimously in September.

It isn’t just politicians looking to change the way medical marijuana markets itself.

Bob Selan, who runs KushCon, another medical marijuana convention, as well as the marijuana lifestyle magazine Kush, advises dispensary owners to “get away from that black market mentality,” as “it should look and feel like a pharmacy.”

Norton Arbelaez and his partners, who co-own the RiverRock Wellness dispensaries in Denver and Telluride, have become the poster children of regulation obedience, following state guidelines for medical marijuana to an almost fanatical degree.

And he wants the competition held to the same standards.

“I’ve seen 50 percent attrition in the last few years,” he says. “There are half as many people in this business as there were when I got into it.”

They’ve got a slick company website that doesn’t feature semi-naked women or marijuana puns–their menu includes such unpsychedelic-sounding items as “mango salsa,” “apple butter,” and “marinara“–and they’ve received more national exposure than any of their medical-marijuana peers, with coverage on Comedy Central’s The Daily Show, the Wall Street Journal, and CNBC.

Even with their ambitious efforts to appeal to mainstream middle-of-the-road America, they’ve still repeatedly hit the glass ceiling of their industry.

Says James: “Our restaurant” — they also operate a Caribbean-cuisine eatery in Denver with non-cannabis entrees — “serves 86 different types of rum, and I can advertise that anywhere. With marijuana, our options are much more limited. I’m not knocking rum, but it is funny how that works.”

“At any moment in time the federal government can exercise its power of preemption and do what they want,” he says.

There are ominous signs from California, where in October several medical marijuana dispensaries were closed or raided in a statewide crackdown.

“The law has been hijacked by profiteers who are motivated not by compassion but by money,” says San Francisco U.S. Attorney Melinda Haag. “Where there’s marijuana, there’s money, and lots of it.”

It was a scary message to anybody in the medical marijuana trade but especially for dispensary owners in Colorado, many of whom make no secret that they’re “profiteers.” If a federal crackdown could happen in California, they wonder, why couldn’t it happen here?

Nevertheless, more than a few insiders make bold predictions that some unknown dispensary on the verge of bankruptcy today could become the Coca-Cola or Starbucks of marijuana tomorrow.

KushCon’s Selan envisions a bright future: “I wouldn’t be surprised if marijuana becomes a branded product, like California wines.”