This war will be fought on many fronts (and rear license plates). -UA 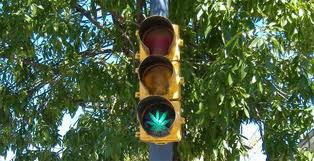 OMAHA, Neb. (AP) — An attorney who wants voters to decide whether marijuana should be legal in Nebraska sued the state’s Department of Motor Vehicles on Thursday, saying its rejection of his application for personalized license plates with a marijuana-themed message violated his free speech rights.

Holbrook attorney Frank Shoemaker said in his application that license plate “NE420” would be an important part of his campaign to get a marijuana legalization measure on next year’s ballot. The term “4/20” is well known among pot smokers and refers to a date, April 20, or time, 4:20, when people are encouraged to partake.

“The plate was not just a personal thought, but a political one,” Shoemaker said in a written statement Thursday. “I don’t think I should be told to keep quiet just because the state doesn’t like my political views.”

The DMV’s explanation for rejecting Shoemaker’s application was that the number 420 is “associated with a date and time for people to gather and smoke marijuana/cannabis.”

The department has a written policy stating that it will reject vanity plate applications if it determines the plate number would “express, connote or imply objectionable, obscene or offensive word or phrases.”

The lawsuit was filed in federal court on Shoemaker’s behalf by the American Civil Liberties Union’s Nebraska chapter, and it names the DMV and its director, Beverly Neth, as defendants.

Neth said Thursday that she hadn’t been served with the lawsuit and couldn’t comment on pending litigation. She said it would be referred to the state attorney general’s office.

Shoemaker submitted petition language for his proposed ballot initiative to the Nebraska Secretary of State’s office earlier this year. To get it on the November 2012 ballot, he would need to collect valid signatures from 10 percent of the state’s registered voters — or more than 112,800 — before July 7.

Shoemaker, who unsuccessfully ran for the Nebraska Legislature in 2006, said he applied for the plate around the time he filed his ballot initiative paperwork with the Secretary of State’s office.

“Sixteen states and the District of Columbia have legalized some form of marijuana use,” he said. “This is a conversation happening around the country, so how can Nebraska say it’s illegal to even talk about it here?”

Tracy Hightower-Henne, an Omaha attorney helping with the lawsuit, pointed to an 8th U.S. Circuit Court of Appeals ruling that found “license plates are a legitimate place for personal and political expression” and called the Nebraska DMV’s personalized plate policy vague.

“The state of Nebraska is picking favorites, saying what is acceptable expression using unclear and arbitrary guidelines,” Miller said. “When this happens, then all Nebraskans could have their voices squelched.”

The lawsuit seeks to have the department’s rejection declared unconstitutional. Shoemaker and ACLU Nebraska also ask for reimbursement of attorney’s fees and costs stemming from the lawsuit.