Finally! Something worth #OCCUPYING! -UA

MONTCLAIR — All that stands in the way of a medical marijuana dispensary in Montclair from planting its first crop is final approval from the state health department, the dispensary’s CEO said today.

The Montclair Zoning Board approved an application from the Greenleaf Compassion Center to occupy a storefront on Bloomfield Avenue about two weeks ago, Greenleaf’s Chief Executive Officer Joseph Stevens said. Last night, he and his partners introduced themselves and their business plan to the Township Council. 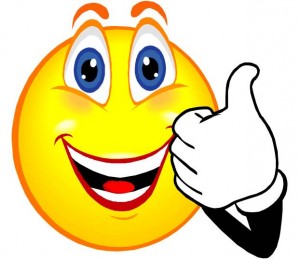 “We’re ready to go from a municipal standpoint. If we were to get a permit tomorrow, we could start right away growing patients medicine,” Stevens said. Growing marijuana and preparing it for sale would take about four months, he said.

But state officials from the Department of Health and Senior Services have not yet issued a final permit allowing Greenleaf and five other nonprofits to begin cultivating the drug, despite informing them in March they were selected from a pool of 37 applicants.

“The timetable for each Alternative Treatment Center has many variables,” state health department spokeswoman Donna Leusner said. “Chief among them is the municipal approval processes that the ATCs are confronting in the respective localities. … The reality is that implementing a program to grow and dispense a controlled dangerous substance is complex with unique challenges.”

Montclair is the first of six medical marijuana dispensaries plan to win municipal approval. The Maple Share Zoning Board last month rejected an application from Compassionate Sciences Alternative Treatment Center to open a dispensary in town.

The dispensary in Montclair is slated to open on Bloomfield Avenue between Park Avenue and North Fullerton Street. The 1,800-square-foot space was occupied by The Inner Eye, a store that sold rolling papers and tobacco.

The story was first reported in The Montclair Times today.

“We receive roughly 10 to 30 phone calls a day from potential patients,” asking when the drug will be available, Stevens said. Based on public response, Greenleaf expects to serve about 500 to 1,000 patients within the first year — much higher than the 300 or so patients they anticipated when the applied for a permit, he added.