NORML On Their Federal Lawsuit To Stop Medical Marijuana Crackdown 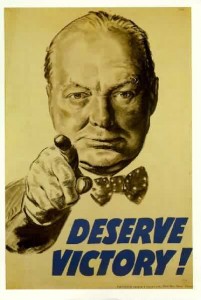 Last month we reported on Americans for Safe Access and their lawsuit on behalf of medical marijuana patients in California. Earlier this week another lawsuit was filed against the federal government over their recent crackdown in CA, this time by lawyers for NORML.

Today NORML sent out an email detailing their lawsuit and the reasons behind it.

NORML Attorneys Matt Kumin, David Michael and Alan Silber have filed suit in the four federal districts in California to challenge the Obama Administration’s recent crackdown on medical marijuana operations in the Golden State. Aided by expert testimony from NORML Deputy Director Paul Armentano and research from California NORML Director Dale Gieringer, the suits seek an injunction against the recent federal intrusion into state medical marijuana laws at least and at most a declaration of the unconstitutionality of the Controlled Substances Act with respect to state regulation of medical marijuana.

The NORML attorneys allege the federal government has engaged in entrapment of California patients and their caregivers. They point to the courts’ dismissal of County of Santa Cruz, WAMM et al. v. Eric Holder et al. where the Department of Justice (DOJ) “promised a federal judge that it had changed its policy toward the enforcement of its federal drug laws relative to California medical cannabis patients.” So after 2009, California providers had reason to believe that the federal government had changed its policy. The legal argument is called ‘judicial estoppel’, which basically means that courts can’t hold true to a fact in one case and then disregard it in another.

Kumin, Michael, and Silber also argue the government has engaged in ‘equitable estoppel’, which most people commonly think of as ‘entrapment’. Under established principles of estoppel and particularly in the context of the defense of estoppel by entrapment, defendants to a criminal action are protected and should not be prosecuted if they have reasonably relied on statements from the government indicating that their conduct is not unlawful. That principle should be applied to potential defendants as well, the plaintiffs in this action. Such parties, courts have noted, are “person[s] sincerely desirous of obeying the law”. They “accepted the information as true and [were]…not on notice to make further inquiries.” U.S. v. Weitzenhoff, 1 F. 3d 1523, 1534 (9th Cir. 1993).

The attorneys have also employed constitutional arguments based on the 9th and 10th Amendments. The 9th Amendment says that “The enumeration in the Constitution, of certain rights, shall not be construed to deny or disparage others retained by the people.” The NORML attorneys argue that threatening seizure of property and criminal sanctions violates the rights of the people to “consult with their doctors about their bodies and health.”

The 10th Amendment provides that “The powers not delegated to the United States by the Constitution, nor prohibited by it to the States, are reserved to the States respectively, or to the people.” The NORML attorneys argue that the States have the “primary plenary power to protect the health of its citizens.”

The suit also alleges the recent federal intervention is a violation of the constitutional guarantee of equal protection and due process. Since the government has permitted and not attempted to stop Colorado’s state-run medical marijuana dispensary program, it cannot now suggest Colorado has a state’s right that California does not.

The suit also preserves the Interstate Commerce argument that was rejected in Gonzales v. Raich, in the event this case should eventually reach the high court.

Commenting on the lawsuits, NORML Executive Director Allen St. Pierre said, “It is crucial to receive judicial review and relief from the federal government’s recent actions against medical cannabis dispensaries in California, which at best appear selective in nature and at worst disrespectful of the autonomy of citizens at the state level to govern themselves in respects to public health, safety and criminal justice priorities.”

The federal government  –  in this instance alone –  has violated the rights of the people of California in several areas. Not surprising considered this whole thing has been initiated by one of the most incompetent and embarrassing administrations in modern history.

We can only hope that the courts that handle this case are not as incompetent or corrupt as our current administration.