US researchers and pharmaceutical companies conducting human experimentation in Africa 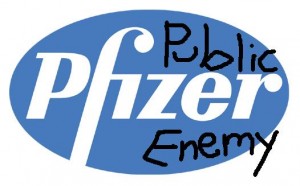 The report is titled “Non-Consensual Research in Africa: The Outsourcing of Tuskegee” in reference to the illegal human experiment conducted in Tuskegee, Alabama, between 1932 and 1972 by the US Public Health Service. In that experiment, some 600 impoverished African-American men were observed in a study on the progression of untreated syphilis. Some of the men were intentionally infected with the disease and all of them were denied the cure. Regrettably, the report notes, no one was held accountable for this crime against humanity.

The new report details human experiments led by US researchers and drug companies on Africans who are typically undereducated, poor, and lack full understanding of their rights. The human subjects often are led to believe that they are receiving medical treatment from governmental health services or health ministries.

These practices hearken back to the appalling experiments carried out by US researchers in Guatemala in the 1940s where hundreds of Guatemalans were deliberately infected with sexually transmitted diseases without information or consent. President Obama formally apologized to Guatemala for these experiments last year.

Human experimentation in the United States is regulated by the Office of Research Integrity and various Ethical Research Institutional Boards. Many African countries lack these institutions. Even when they exist, they lack independence and are controlled by corrupt government officials.

In one experiment on HIV sponsored by Gilead Sciences, the Centers for Disease Control, and the Bill and Melinda Gates Foundation and operated by Family Health International, Cameroonian subjects were given details about the experiment in English even though many spoke only French and were illiterate. Five women were allegedly infected with HIV in the experiment but were not given antiretroviral drugs.

In another experiment in Nigeria led by Pfizer physicians, researchers injected children with an antibiotic called Trovan during a meningitis outbreak without providing their families with informed consent forms that fully disclose the side effects and purpose of the experiment. Eleven children died and many were left paralyzed.

In South Africa and Namibia, mothers with HIV/AIDS are routinely sterilized without their informed consent. Countries that perform these procedures are known to receive funding in the form of grants and incentives from USAID and other aid organizations.

The report explains that US researchers and drug companies violate the laws and protocols of the Declaration at Helsinki (1964) and the Belmont Report which provide ethical guidelines on human experimentation.

Moreover, the results of unethical and fraudulent experiments are laundered in the United States and Europe through the peer-review system. Many of the “peers” who review these experiments are themselves involved in the same unethical conduct. Others are concerned about the possibility of professional alienation if they speak out.

The authors make several demands so that these practices are ended. They include holding congressional hearings so that the matter is brought to the public’s attention and enacting new legislation to ensure that drugs are not approved by the FDA unless the research on which they are based comply with ethical research principles.