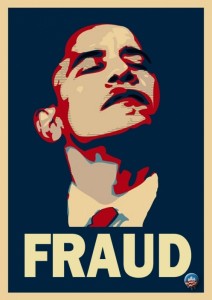 As federal raids on pot shops continue throughout the country, drug policy experts allege that President Obama and the Department of Justice (DOJ) have contradicted their earlier positions on medical marijuana. Cannabis policy experts and advocates from all over the United States convened in Los Angeles last week to discuss the current state of the reform movement. The latest Drug Policy Alliance (DPA) annual conference drew diverse opponents of the War on Drugs, including law enforcement, medical marijuana patients, needle exchange proponents, and drug legalization advocates.

In a specific session titled “State of the Movement: Whither Medical Marijuana?”, panelists and audience members discussed Obama’s campaign promises to end federal raids on medical marijuana patients and clinics in states where such use was legally authorized.

In a Mar. 22, 2008 interview with The Mail Tribune’s Editorial Page Editor, Gary Nelson, then candidate Barack Obama said in part:

“When it comes to medical marijuana, I have more of a practical view than anything else. My attitude is that if it’s an issue of doctors prescribing medical marijuana as a treatment for glaucoma or as a cancer treatment, I think that should be appropriate because there really is no difference between that and a doctor prescribing morphine or anything else.” He then elaborated, “What I’m not going to be doing is using Justice Department resources to try to circumvent state laws on this issue simply because I want folks to be investigating violent crimes and potential terrorism. We’ve got a lot of things for our law enforcement officers to deal with.”

On Feb. 29, 2009 Attorney General Eric Holder said that he did not expect raids on medical marijuana clinics to continue. “He was my boss during the campaign, he is formally and technically and by law my boss now. So what he said during the campaign is now American policy.”

On Oct. 19, 2009 the Department of Justice issued its now famous Ogden memo which announced that prosecutorial priorities should not target “individuals whose actions are in clear and unambiguous compliance with existing state laws providing for the medical use of marijuana.” Most observers believed that medical marijuana users and caregivers who complied with state law would no longer be the focus of federal prosecution.

The panelists stated that the DOJ has not issued a formal statement announcing a policy reversal, a reason for the timing of the recent raids, or an indication that actions against medical marijuana clinics would escalate or cease.