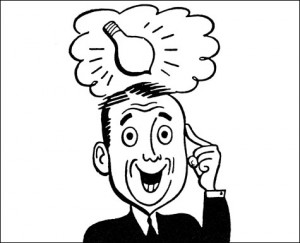 SAN FRANCISCO – People who qualify for medical marijuana prescriptions frequently report substituting the substance for their other prescription medications.

In an anonymous survey, 66% of 350 clients at the Berkeley (Calif.) Patients Group, a medical marijuana dispensary, said that they use marijuana as a prescription drug substitute. Their reasons: Cannabis offered better symptom control with fewer side effects than did prescription drugs.

Two-thirds of a medical marijuana dispensary’s surveyed clients admitted to using cannabis as a substitute for prescription drugs.

Those with pain symptoms said that marijuana has less addiction potential than do opioids. Others said marijuana helped to reduce the dose of other medications.

“Instead of having a pain medication, an antianxiety medication, and a sleep medication, they are able to just use cannabis, and that controls all of those symptoms,” said Amanda Reiman, Ph.D., the director of research and social services at the Berkeley center. Almost 50% of those surveyed said they use cannabis two or three times per day.

Almost 70% of those surveyed were men and about 66% were white, in line with the center’s overall demographics. Respondents’ mean age was about 40 years, and ranged from 18 to 81 years. About two-thirds were employed; 81% had at least some college; and 28% made more than $60,000/year. More than half were single.

About 75% had health insurance that covered prescriptions. Even so, “they are still opting to utilize medical cannabis, which is not covered by insurance,” Dr. Reiman said.

About 70% said they had a chronic condition, such as diabetes or arthritis. Just over half said they used marijuana for pain relief, including arthritis, migraines, and accident-related injuries. Other uses included appetite stimulation and relief of symptoms from carpal tunnel syndrome and multiple sclerosis.

The amounts used – typically 3-8 g per week – were fairly stable with about 70% reporting no change in marijuana use in the past 6 months. Most “experience a stable level of use throughout their entire course of treatment,” Dr. Reiman said.

In operation for 12 years, the Berkeley Patients Group has more than 6,000 patients who pay $15-$60 for one-eighth of an ounce of marijuana – 3.5 grams – depending on strain and potency.

To buy, patients must have a letter from their doctor recommending marijuana for a medical condition. Center staff verifies the letter with a call to the physician. The center obtains the marijuana from its own patients – a must under California law – who grow it and sell it to the dispensary.

Besides smokable marijuana, BPG offers cannabis-laced edibles, capsules, and extract drops to put under the tongue or in tea or coffee, as well as topical marijuana cream for pain and inflammation relief, Dr. Reiman said.

Money remaining after operational costs is used to provide free marijuana to those who couldn’t otherwise afford it, as well as free counseling, message, and other services to BPG members. The dispensary functions more like a community center than a pharmacy, and has a large lounge and regular social events like bingo and films. People often drop by even when they’re not buying.

Dr. Reiman said she has no conflicts.