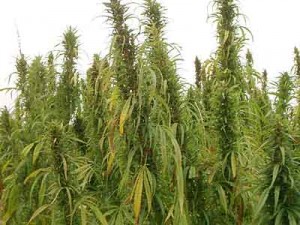 Koforidua, Oct. 31, GHANA – The Eastern Regional Police has destroyed a three and half acre Indian hemp farm at Tweapease near Begoro in the Fanteakwa District of the Eastern Region.

The statement said the team which was led by Assistant Superintendent of Police Omare Anim, got to the farm at 0500 hours and destroyed the crops with chemicals.

It said it has been observed that many farmers living in that community and its environs seem to be interested in the cultivation of Indian hemp farms despite the efforts of the police to stem the tide by destroying such farms.

Assistant Commissioner of Police Kwabena Gyamera Yeboah, the Regional Police Commander, warned farmers to desist from cultivating the illegal crops adding that the police were ready to arrest them.