Doctors refuse to authorize marijuana use for pain relief 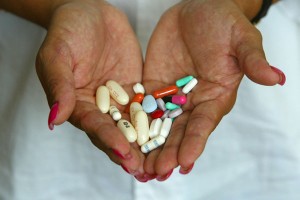 A decade after Canada legalized the medical use of marijuana, most doctors are still refusing to sign the declarations patients need to get legal access to pot — meaning patients in pain risk being jailed if they use a drug that helps them function.

It’s a predicament that threatens to become worse because of proposed changes to how Health Canada regulates access to the drug.

At first glance, it appears the government is easing up on strict rules for obtaining medicinal marijuana. Health Canada has proposed removing itself as the ultimate arbiter in approving or rejecting applications to possess.

But the nation’s largest doctors’ group said the proposals would have the perverse effect of putting even greater pressure on MDs to control access to a largely untested and unregulated substance they know little to nothing about; a drug that hasn’t gone through the normal regulatory review process. Their licensing bodies have told doctors that they are under no obligation to complete a medical declaration under the current regulations and that any one who chooses to do so should “proceed with caution.”

Dr. John Haggie, president of the 75,000-member Canadian Medical Association, said the changes being proposed would essentially off load all responsibility for using and monitoring marijuana to the doctors who sign an authorization — “and they’d be kind out of out there, without any infrastructure around them to assess it, to monitor it and to know if they were doing the right thing.

“I don’t think that’s appropriate or fair,” he said.

Observers said doctors fear doing harm, exposing themselves to legal action and becoming the “go-to” source for people seeking pot not to alter their pain but to alter their consciousness.

Haggie said physicians want fundamental research into some basic questions — is it safe? Who does it work for? Who should not use it? Yet the Conservative government abruptly terminated a medicinal marijuana research program in 2006. According to Health Canada, the government believes clinical research is “best undertaken by the private sector, such as pharmaceutical companies.”

A world leader in cannabis research said the logic defies him.

“I cannot imagine how a government agency can supervise (a marijuana access) program knowing that there is very little data out there — on safety issues in particular — and not try to stimulate research,” said Dr. Mark Ware, head of the Canadian Consortium for the Investigation of Cannabinoids, a non-profit network of more than 150 clinicians and researchers investigating the potential role of cannabinoids in diseases from arthritis to glaucoma.

No drug company wants to evaluate smoked marijuana as a medicine, Ware said, because there’s no money in it for them. Funding agencies have been less than approachable, he added, because there’s little appetite to support studies involving a product that’s often smoked. In clinical parlance, “They don’t see it as a safe, viable drug delivery system,” said Ware, director of clinical research at the Alan Edwards Pain Management Unit at the McGill University Health Centre.

Ware said he wonders how much the government’s disinterest in research might be tied to its tough-on-crime political agenda — “that somehow facilitating research on medicinal cannabis is a way of accepting that it may have some value as a medicine.”

The Montreal doctor, who is helping reform medical school curricula to better educate physicians around pain, received about $2 million under the now-dead medicinal marijuana research program. In a study published in the Canadian Medical Association Journal last year that involved 21 patients with neuropathic pain — a common and dreaded condition that causes electric, stabbing pain — Ware’s group found that smoked cannabis at low doses reduces pain, improves mood and helps sleep, without making people high. All had “refractory” pain, meaning pain that had defied all traditional treatments. No serious or unexpected side effects were reported.

Ware avoids prescribing cannabis to patients with a history of psychosis or schizophrenia, because it’s psychoactive at high doses — and sometimes even therapeutic doses. It can also be dangerous to people with unstable heart disease.

Still, there has never been a proven overdose death caused by marijuana in humans, according to Ontario’s highest court. Ware said that for patients for whom it works, cannabis can achieve about 30 per cent reduction in pain intensity.

But doctors remain wary — their chief concern being: How do I know when a patient is seeking a licence for a legitimate medical purpose and not simply to get legal access to an otherwise illicit drug?

Ware’s consortium has been working hard to educate and support doctors around the use of cannabis. He said data from Health Canada suggest that the average medical user is consuming two grams per day — about four joints when smoked. “It’s just taking that information and getting it into the hands of practising physicians. Then at least they know what the ballpark is.”

Some patients were getting authorizations for far higher amounts, because doctors didn’t know that 30 or 40 grams a day could be outside the “normal” range, he said.

Health Canada said the proposed changes to the program — which would include removing the rights of patients to grow their own supply of marijuana or to appoint designated growers, forcing users to get their pot from a licensed commercial producer instead — would make the program less complicated for seriously ill Canadians.

Doctors already are boycotting the program en masse, the Toronto lawyer said. Lewin said medical regulators and insurers sent letters to the government, “saying, ‘Don’t put us in charge, don’t make us a gatekeeper, we don’t know anything about pot, this is a plant product, it’s an unapproved drug.’ ”

Lewin said the court heard stories of how some doctors encouraged their patients to use pot for their pain. The patients would return, reporting that the marijuana was helping, that they were feeling less pain. But when they asked the doctors to sign their forms, “that’s when the mood changes,” Lewin said.

Lewin’s client, Matt Mernagh, started growing marijuana when he found it provided some relief from chronic pain and other symptoms of scoliosis, fibromyalgia and epilepsy. But he couldn’t get a licence to grow, because he couldn’t find a doctor to sign his declaration.

Police found Mernagh’s plants in 2008 when they were in his apartment building on an unrelated call. He was charged with production.

Lewin took the case to the Superior Court in Ontario. The court declared the federal medical marijuana program unconstitutional. The case is scheduled to go to the Court of Appeal for Ontario in March.

Lewin said the proposed changes to the marijuana access program are likely to scare off some of the few doctors willing to sign declarations, meaning “more seriously ill, law-abiding Canadians will be wrongfully treated as criminals” and subjected to humiliating arrests, medicine seizures and possibly even jailed, he said.

Ware said doctors need education and guidance. They would need to know whether patients who come seeking a licence for medical pot have been arrested for trafficking or diversion in the past. Abuses of the designated production licenses have occurred and Ware believes they should be phased out. But the consortium of cannabinoid researchers said that it’s not only easier and cheaper for patients to grow their own supply but the act of growing their own “medicine” may be therapeutic in itself. “It gives them a sense of control and ownership of their health and treatments.”

The following information was provided by Health Canada to Postmedia News:

As of Sept. 30, 12,216 people in Canada held authorization to possess marijuana for medical purposes.

Who has authority to approve or reject submissions in the new system?

Under the proposed changes, patients would continue to consult with their physician in order to obtain access to marijuana for medical purposes. Once it has been determined that the use of marijuana for medical purposes is appropriate, the physician would provide the individual with a document. Health Canada is consulting the medical community on the form that this document would take.