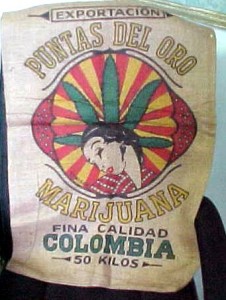 Colombia’s President Juan Manuel Santos said this week that legalization of marijuana would allow the war on drugs to move forward by shifting focus to harder drugs and helping to stop the international violence associated with drug trafficking.

Santos said more world leaders should rethink their approach to the War On Drugs in order to deal with drug trafficking and the use of hard drugs such as heroin and cocaine, reports Natalie Dalton of Colombia Reports. The Colombian president made the remarks in an interview with Metro News

“The world needs to discuss new approaches … we are basically still thinking within the same framework as we have done for the last 40 years,” the president said.

Legalizing marijuana could be a way forward, “provided everyone does it at the same time,” Santos said.

The president said he cannot be the first to make the move, “because for Colombia, this is a matter of national security,” and drew a contrast, saying “in other countries this is mainly a health and crime issue.”

“Drug trafficking is what finances the violence and the irregular groups in our country,” Santos said. “I would be crucified if I took the first step. We need to insist on more multinational actions on drug trafficking and innovate the ways we are dealing with it.”

Santos said he sees a future of global change, including marijuana legalization, as a viable possibility.

“We have something that the U.S. and Europe don’t have: a young population and a lot of optimism,” Santos said. “The latest poll in Colombia from Thursday shows that 79 percent of our population believes that we are on a great path.”