How many tax dollars were needed to find out this didn’t work? -UA 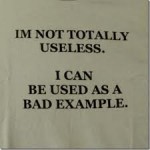 Los Angeles – The RAND Corp. today officially retracted a study published in September that linked increases in crime to the closing of marijuana dispensaries around Los Angeles.

The review found the study did not include crime data reported by the Los Angeles Police Department, according to RAND, which plans to conduct a new analysis that could take months to complete.

The study’s authors were unaware that data from third-party crime mapping service CrimeReports.com did not include LAPD data, RAND Vice President of Infrastructure, Safety and Environment Debra Knopman said.

“The whole idea of the study was to try to get insight as to whether or not there was an effect on crime, whatever direction, as a consequence of the city’s closure order of some dispensaries. Having an incomplete data set renders that kind of analysis invalid,” Knopman said.

She called the retraction a “rare failure” of the company’s peer review system.

“We take our commitment to quality and objectivity seriously, so we have retracted the study in order to correct it,” Knopman said.

Going forward, RAND will be obtaining crime data directly from police departments, instead of CrimeReports.com, Knopman said, adding, “I don’t want to suggest in any way that they misrepresented the data or that they have any responsibility.”