The people have spoken. AGAIN. -UA 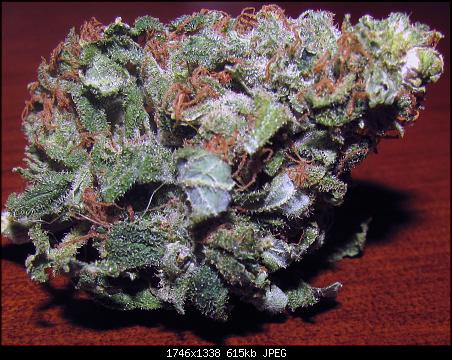 He also considers himself a re­sponsible voter, and that led him to attend a meeting Mon­day hosted by supporters of a proposal to amend the Kalama­zoo’s city charter to make the possession of small amounts of marijuana the “lowest priority” for police.

He’d heard what opponents of the proposal had to say about it, and he entered the meeting undecided, wanting to know what the other side had to say. He left a supporter.

“We’ve got shrinking re­sources everywhere. I’m no hippie, but we don’t need to be focused on this,” said Ruddy, a consultant and small-business owner. “Resources are being wasted on (investigating and prosecuting) this kind of small­-scale stuff. That angers me.”

About 20 people attended the meeting at the Kalamazoo Pub­lic Library, sponsored by the Kalamazoo Coalition for Prag­matic Cannabis Laws, where attendees shared the opinion that there is large-scale sup­port for the proposed charter amendment among the city’s registered voters.

The proposal’s specific lan­guage — to go before voters on the Nov. 8 ballot — reads: “Shall the Kalamazoo City Charter be amended such that the use and/or consumption of one ounce or less of usable marijuana by adults 21 years or older is the lowest priority of law enforcement personnel?” If it passes, Kalamazoo would be the first city in the state to have such charter language.

“People don’t want their law enforcement money spent on this, plain and simple,” said Chuck Ream, an Ann Arbor resident and member of the Safer Michigan Coalition, a group that seeks to tax and reg­ulate marijuana the same way as alcohol. “They want their tax dollars going to investigate violent crime.”

Law enforcement officials have said they don’t actively investigate small amounts of marijuana and that even if the charter amendment is passed, it would not change the power Department of Public Safety officers would still have to en­force state and federal laws that ban marijuana.

John Targowski, a Kalamazoo attorney who litigates mar­ijuana- related cases, pointed out that the proposed charter amendment does not create any legal right to use marijua­na in the city. Rather, it seeks to direct law enforcement re­sources away from investigat­ing small amounts of marijuana and toward the arrest and pro­secution of criminals who truly compromise the public’s safety. Possessors and users of small amounts of marijuana are not those people, he said.

“Small-scale arrests are the low-hanging fruit of the drug war,” Targowski said.

Those arrested for small amounts of marijuana end up clogging the criminal justice system, from arrest to prosecution to potential jail time, costing taxpayers, he said.

“This is a resource allocation issue,” Targowski said.

They said passing a Kalamazoo charter amendment could spark a movement across the state to similarly amend other city charters.

“Kalamazoo will be symbolic and might gear up other initiatives throughout the state,” Ream said. “Voters here could really start something.”

Ream said four other Michigan cities are being looked at for similar lowest-priority amendments in 2012, including Escanaba and Flint.

“You will be representing the whole Midwest,” he said to attendees.

Being a wuss is easy