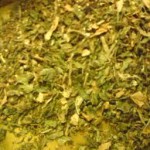 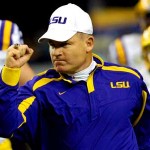 A source told The Associated Press that defensive back Tharold Simon is also suspended, and that the players ran afoul of the team’s drug policy. The source did not specify the drug for which the players tested positive.

LSU coach Les Miles declined to confirm any punishment for members of his No. 1 Tigers after Wednesday’s practice.

“I understand the interest which surrounds what seems to be news. There is internal discipline and internal news,” Miles said. “I have a process I go through. … It’s a procedure I’m true to. There is no real information about any player that I’ll address at this point.”

Mathieu has been one of the stars of the first half of the college football season. He has forced four fumbles, recovering three and returning two for scores. He also has two interceptions and 42 tackles including 1½ sacks.

Mathieu has made so many big plays in nationally televised games, a grass-roots Heisman Trophy campaign sprouted for the hard-hitting 5-foot-9 defensive back nicknamed “Honey Badger.”

Ware is the leading rusher for the unbeaten Tigers with 512 yards and six touchdowns.

LSU is deep at running back and should be able to cope with Ware’s absence. Michael Ford, who has rushed for 359 yards and six touchdowns, and Alfred Blue, who has 235 yards rushing and four TDs, likely will be LSU’s top two running backs against Auburn.

In the defensive backfield, senior Ron Brooks would be the likely candidate to step in at cornerback for Mathieu, while fellow senior Derrick Bryant could play nickel back. When LSU fields six defensive backs, sophomore Craig Loston or redshirt freshman Ronnie Vinson could take the field.

Simon has one interception and 29 tackles.

The Tigers have a week off after Saturday, and play No. 2 Alabama on Nov. 5 in what could be the biggest game of the regular season.

LSU has already managed to stay unbeaten while dealing with the early season suspension.

“This football team understands what distraction is,” Miles said. “I haven’t seen a change in their get-along. I expect the team to take the field ably manned at all positions.”

Quarterback Jordan Jefferson missed the first four games of the season, including matchups against Oregon and West Virginia, after he was involved in a bar fight.

Jefferson, who was slated to start, was reinstated on Sept. 28 after a grand jury reduced his felony second-degree battery charge to a misdemeanor. He and Jarrett Lee have been sharing the quarterback job since he has returned.

LSU is a three-touchdown favorite at home against Auburn (No. 20 BCS, No. 19 AP), but the Alabama game is in Tuscaloosa.