Difference between hemp and pot is found in one gene, scientists say

I love this plant. -UA 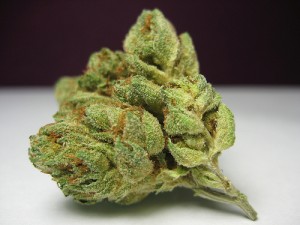 The genetic make-up of marijuana has been mapped out by a group of researchers who hope the information can help both the hemp industry and those who are developing medicines from marijuana.

Different types of the plant species known as Cannabis sativa can produce strong fibres or the key ingredient in marijuana that produces a high.

“We hope to be able to use that genome sequence to shed light on … questions about how did hemp arise and how did marijuana arise,” Jon Page, a plant biochemist at the University of Saskatchewan, said.

Page, who co-led the research project to decode the genetic underpinnings of the cannabis species, said the plant likely originated in Asia, around modern-day Afghanistan and surrounding area.

Archeological evidence shows hemp textiles were used in China at least 6,000 years ago and shamanistic material from a Chinese tomb dated about 2,700 years ago was likely from the marijuana-type plant, he said Wednesday from Saskatoon.

Page said people likely recognized the plant had several uses: it was the source of fibres to make rope and cloth, as well as seeds that produce oil and contain protein.

“But they also realized that the flowers of … the female plant were full of a chemical that could relieve pain and cause a sort of pleasant intoxication,” he said. “So maybe what happened over time was those two uses — the medical and psychoactive — started to be separated from the rope and food use, and different types of strains were being grown for those uses.”

That suggests that early farmers may have been engaging in selective breeding even thousands of years ago.

Co-investigator Tim Hughes, a molecular biologist at the University of Toronto, sequenced the genomes of both Purple Kush, a marijuana strain widely used for medicinal purposes, and the Finola variety of hemp.

He then looked for differences to explain why marijuana produces THCA, or tetrahydrocannabinolic acid, the precursor of the active ingredient in marijuana, while hemp strains contain a non-psychoactive component.

Page said analysis showed that the THCA synthase gene, an essential enzyme in THCA production, “is turned on in marijuana, but switched off in hemp.”

The researchers, whose report will be published Thursday in the journal Genome Biology, are making the cannabis genome publicly available for researchers worldwide.

For instance, because Cannabis sativa “puts on a huge amount of biomass each season … there’s the idea that it could be used for producing biofuels in an efficient way.”

On the medical side, knowing the genetic makeup of cannabis could aid the development of drugs to treat pain, without the side-effects of straight marijuana, added Hughes.

“People want a painkiller, but they don’t necessarily want to be mentally incapacitated,” he said. “So if you could make variations in the molecule, that would increase the painkiller effect but decrease the effect on your mental capacity. For most people using it, that would probably be a step in the right direction.

“Although for others,” he said, laughing, “it might not matter.”

Page said there is also a potential forensic use for the genetic data, with law enforcement interested in tracking illicit marijuana.

For instance, he said one police force wondered if stalks left in a harvested field suspected to have been a marijuana crop could be DNA-fingerprinted and the results used as evidence in court.

“So DNA is a useful way of finding out the identity of a sample. People are identified by their DNA samples; plants can be as well.”

Page said Cannabis sativa is the first medicinal plant to have its genome sequenced, following the decoding of non-medicinal plants like rice and corn.

Surprisingly, the genome for the opium poppy has not yet been sequenced, perhaps in part because it is estimated to be three to four times larger than that of Cannabis sativa.

“But the way things are going,” said Page of the speed at which sequencing can now be accomplished, “I would fathom it’s right around the corner.