Check Up: Temple scientists explore marijuana derivative without the high 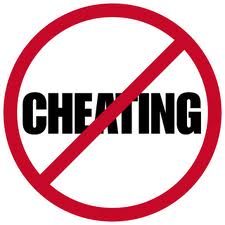 Federal prosecutors have alleged that some California dispensers of medical marijuana are peddling their product to recreational users. Meanwhile,

a medical-marijuana program with stricter controls is getting under way in New Jersey.

Now, scientists at Temple University are exploring a less controversial option: providing at least one of the purported medical benefits of pot without the high.

They are looking at the properties of a marijuana extract called cannabidiol, which has anti-inflammatory and pain-relief properties but no psychoactive effects.

In a study using lab mice, the compound showed promise in preventing the kind of neuropathic pain that can result from the chemotherapy drug paclitaxel (sold as Taxol, among other brands).

Among mice that were given the chemo drug, those that also received cannabidiol were much less sensitive to pain than mice that received only chemo.

The researchers gauged the rodents’ sensitivity with two tests that normally get little reaction from drug-free mice, but cause mild pain in mice on chemo.

They administered acetone to the animals’ paws, which results in a cold sensation as the liquid evaporates. The scientists also prodded the paws with flexible filaments, and recorded how much pressure they had to apply before the animals pulled their paws back.

Chemo mice that had been dosed with cannabidiol responded with near-normal sensitivity, said Sara Jane Ward, a research assistant professor at Temple’s School of Pharmacy.

“From what we’ve seen so far, it’s almost a complete prevention of the onset of the neuropathic pain,” said Ward, lead author of the study in the journal Anesthesia & Analgesia.

The scientists did not test the drug’s ability to prevent nausea – a common use for medical marijuana. But cannabidiol has shown additional promise: Scientists have found that it can inhibit the growth of cancer cells in animals.

Still unclear is how the drug works in the body.

That has not stopped other scientists from testing it as a treatment for a diverse group of ills ranging from schizophrenia to Crohn’s disease. No high required.