How much more are we gunna take? -UA 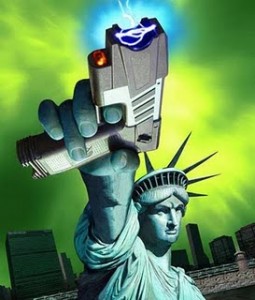 In the latest move of the Obama Administration’s incomprehensible attack on medical marijuana, U.S. attorneys announced today that they will begin to prosecute media outlets that publish advertisements for medical marijuana! It seems that when it comes to medical marijuana users, or the states in which they live for that matter, the Bill of Rights means practically nothing.

First, there was the memo released by the ATF this month warning firearms dealers that it was against the law to sell guns or ammunition to medical marijuana patients, effectively eliminating the Second Amendment rights of hundreds of thousands of patients in states where medical marijuana is legal. Then on Friday, when the U.S. attorneys from California unveiled their intent to shut down the medical marijuana industry and drive patients into the hands of gangs and other illicit dealers, they said that one of their core tactics was to intimidate landlords and property owners who rent to dispensaries by threatening them with seizure of their assets. While this may not be a direct violation of the law (unfortunately), it certainly treads on the spirit of the Fourth Amendment’s protections of life, liberty, and property. Now, those same attorneys are stomping on the First Amendment as well.

The actions of the Department of Justice are simply baffling.

In its vain and misguided attempt to stymie medical marijuana and stop the reform movement from making any further policy gains, the DOJ is basically trying to shut down two industries that make money, employ many people throughout California, and earn tax revenue for a state in a disastrous economic situation. Neither of these moves makes any sense. Shutting down the medical marijuana industry is not going to stop marijuana production. Denying them the ability to advertise by prosecuting those who publish the ads will not stop marijuana distributors from making a profit. It will, however, be disastrous for the publishing industry. Both the medical marijuana and publishing industries provide much-needed jobs and revenue to California. These methods are quite simply poor tools to accomplish an illegitimate goal. The fact that the media, which has the ability to sway public opinion against the administration, is being targeted seems particularly stupid.

Now, there are of course justifiable reasons for not allowing advertisement for some illegal activity. It is interesting to note, however, that pharmaceutical companies that sell drugs for billions in profits (the very reason the DOJ claims the marijuana industry is so evil) are allowed to advertise freely in all mediums.

Constitutional and federal law aside, it is morbidly fascinating from a philosophical standpoint that the administration is subverting the right to use marijuana to treat one’s illness by attacking two other, more deeply-held rights. After all, it certainly seems that more Americans care about free speech and property rights than they do about bodily autonomy. Will this policy end up being counterproductive to the stated goals of the administration?

Probably. Just like every facet of prohibition, it is pretty much doomed to failure in the long run.