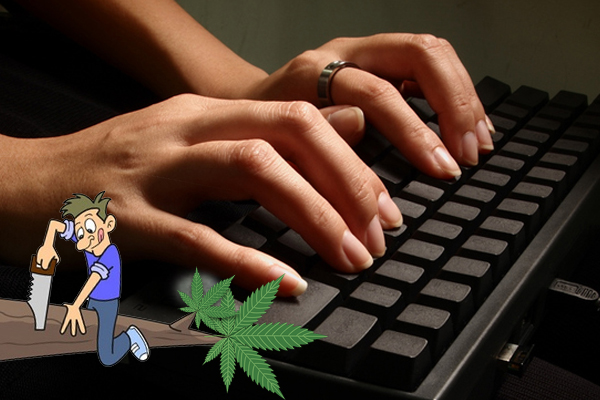 Craigslist Is Not A Smart Place To Look For Marijuana

The cops are the potholes here….what were they doing in the ‘casual encounters’ section anyway, shouldn’t they be out finding criminals? -UA

Here’s how not to find weed: A New Mexico woman was arrested after police said she put an ad up on Craigslist trying to buy marijuana.

Anamicka Dave, 29, of Albuquerque, was charged after undercover officers posing as pot dealers (I’d like to have seen their “disguises”) arranged to meet her through text messages, reports Joe Bartels at KOB Eyewitness News 4.

Dave’s Craigslist ad in the “Casual Encounters” section noted that she was new to town and “looking for Mary Jane.”

The ad was so blatant, Roswell Police Sgt. Ty Sharpe said he had to make sure it wasn’t posted by another undercover officer.

“I was really surprised that someone would actually put on there they were looking for weed — an actually illegal product — to the fact that I called my boss to make sure it wasn’t one of our guys trying to do a reverse sting,” Sharpe said.

Police met the clueless woman in a parking lot and arrested her for “criminal solicitation.