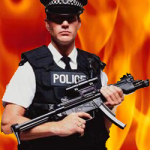 One member of a family of Miles City medical marijuana operators has decided to plead guilty to federal drug charges just days before a court hearing on whether to dismiss the charges.

Sherry Flor filed her request to change her plea on Friday. Prosecutors say she was involved in a conspiracy with her husband Richard and their son Justin to grow marijuana at their Miles City home, and at locations in Helena and Three Forks, and distribute the drug across the state.

The March raids put a chill over a booming medical marijuana industry and scores of pot providers began closing their doors. Lawmakers later that spring passed the restrictive bill and the number of medical marijuana providers has since fallen from about 4,438 in June to 378 in September, according to state health officials.

At least six medical marijuana providers and employees whose businesses were raided have pleaded guilty to federal drug charges.

Thaggard wrote that Drug Enforcement Agency special agents and two unnamed cooperating witnesses would have testified that Sherry Flor helped tend to marijuana plants and was involved in at least one drug transaction.

A hearing on Flor’s request has not been set. Neither her husband nor son has requested a plea change.

Flor’s attorney, Leo Selvey, did not immediately return a call for comment on Monday.

The Flors have said their operation complied with state medical marijuana laws and Richard Flor’s attorney has accused federal prosecutors of outrageous government conduct in bringing charges against a legitimate business.

Their attorneys plan to argue at a hearing Thursday before U.S. District Judge Charles Lovell that the judge should dismiss the charges because of that conduct, which the plaintiffs called “so grossly shocking and outrageous as to violate the universal sense of justice.”

Prosecutors are expected to argue at the hearing that Lovell should block any mention of medical marijuana or related issues involving state and federal laws at the Flors’ trial.

They say the state’s medical marijuana laws have no relevance to the prosecution.