We should find ALL the idiots behind this…round them up, send them out of the country. GO FIND SOMETHING BETTER TO DO. Go find a murderer, or a rapist, or a wall street executive…..-UA 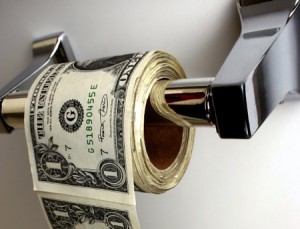 WEST HAVEN — Law enforcement officials who have obtained a suspect’s DNA can input the evidence into a national database and potentially learn the criminal’s identity.

Soon, they will be able to do the same with marijuana evidence. An online listing of marijuana seizures will help police determine the drug’s path from overseas growth to local street crime.

University of New Haven professor and forensic botanist Heather Miller Coyle has for three years taken the “genetic fingerprint” from various strains of marijuana. That evidence is now being compiled in a national marijuana database that will allow law enforcement to track specific strands of the drug.

Coyle, an associate professor at UNH’s Henry C Lee College of Criminal Justice and Forensic Sciences, with her team conducts her work in an objective setting, so she isn’t privy to what exactly law enforcement agencies are doing with her findings. However, she’s “quite sure (they are) using it for investigative leads,” she said.

“It basically connects (the drugs) in space and time by the genetics, so we can get an idea from (the sample) of whether it came from a cartel in Mexico, or if it came from Europe, or if it was from inside the United States,” she said.

Officials from the National Parks Service and the national Bureau of Land Management are particularly interested in the work because they are interested in tracking and eliminating marijuana grown in wooded expanses of state and federal property, she said.

Coyle’s project has been funded with more than $100,000 from the National Marijuana Initiative and the National High Intensity Drug Trafficking Area Program, according to university officials.

Marijuana has long been analyzed to determine its makeup, but her work helps elevate the information police officials are able to extract for it.

“We’d like to see plants get a step up and be more like hair (evidence),” Coyle said.

Coyle developed a method of analysis that requires only the drug by smeared on an evidence card — a practice that prevents the university from having to store large quantities of marijuana, she said. From that smear, Coyle and the students she works with extract a portion of the plant’s DNA for analysis.

Recently, she and forensic science student Ashley Hertzman discussed a seized shipment of marijuana seeds a law enforcement agency recently sent for their work. Some of the seeds are labeled from known providers in Europe, where marijuana is legal, while other seeds are not.

The genetic properties of those seeds can be compared with the street-sold drugs, and all of that information compiled the database Hertzman is creating with the help of the university’s Institute for the Study of Violent Groups as part of her honors thesis.

The work, Coyle said, will allow law enforcement to use marijuana evidence to find breaches in national security through determining where the plant’s seeds entered the country.

Hertzman, who began her work with Coyle Friday, will be studying the “White Widow” strain of marijuana and using the database to track its distribution.

“I’m excited to get started and see what I can find out,” said Hertzman, a senior from Long Island, N.Y. “It’s definitely interesting. When I tell my family and friends what I’m doing, once they get past the shock of, ‘You’re looking at pot?’ they get excited about what the implications could be.”