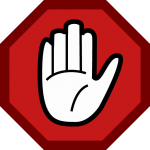 WASHINGTON — Getting pot on the street is easy. Just ask the 17 million Americans who smoked the federally illegal drug in 2010.

Obtaining weed from the government? That’s a lot harder.

In April, the Food and Drug Administration approved a first-of-its kind study to test whether marijuana can ease the nightmares, insomnia, anxiety and flashbacks common in combat veterans with post-traumatic stress disorder.

But now another branch of the federal government has stymied the study. The Health and Human Services Department is refusing to sell government-grown marijuana to the nonprofit group proposing the research, the Multidisciplinary Association for Psychedelic Studies.

The agency did leave the door open to eventually providing 13 pounds of the weed, which is grown at the University of Mississippi. But the HHS committee that rejected the request provided such conflicting criticisms that the person directing the study, MAPS Director Rick Doblin, is unsure how to address their concerns.

“Their goal at higher levels, I think, is to block the study,” said Doblin, who for 25 years has been jumping through regulatory hoops to launch human studies of marijuana, LSD and MDMA, known as ecstasy, which are all illegal.

The HHS official in charge of the review, Sarah A. Wattenberg, declined to answer questions when reached by phone. Tara Broido, a spokeswoman for the agency, wrote in an e-mail that “the production and distribution of marijuana for clinical research is carefully restricted under a number of federal laws and international commitments.”

The study proposes testing five doses of marijuana in 50 combat veterans with PTSD whose symptoms have not improved despite conventional treatments — typically talk therapy, antidepressants and anti-anxiety medicines.

Many veterans already use marijuana to calm their PTSD, said Mary Tendall, a licensed therapist in Nevada City, Calif., who has treated “hundreds” of traumatized Vietnam, Afghanistan and Iraq veterans.

“It does mellow out the triggered response in a certain population,” said Tendall, referring to hair-trigger anxiety reactions. “But with some, it made them very, very paranoid — it had the opposite effect.”

In November 2004, Culkin suffered neck injuries when a car bomb exploded 30 feet from him in southern Kosovo.

When Culkin returned home, he had “really bad nightmares and insomnia, lots of cold sweats,” he said. He rarely left the house.

New Mexico is one of two states, along with Delaware, that explicitly allows the use of marijuana to treat PTSD. Culkin got state approval in 2008 to use it. “It really gets rid of your nightmares if you smoke before you go to bed,” he said. “You feel like you got some rest finally.”

Doblin thinks marijuana can help many more veterans. A 2004 study in the New England Journal of Medicine estimated that 18 percent of returning Iraq combat veterans had PTSD. And a 2008 report from the Rand Corp., a government contractor, estimated that up to 225,000 veterans will return from the Middle East clinically traumatized.

Medical marijuana is legal in 16 states and the District of Columbia. But obtaining it from the federal government for research requires surmounting an extra regulatory hurdle that is not required for any other drug.

That’s because one government agency, the National Institute on Drug Abuse, controls the nation’s supply of research marijuana. Any non-government researcher wanting access to it needs to satisfy the special HHS committee.

On Sept. 14, Wattenberg, the official in charge of the committee, wrote to Doblin detailing “a number of concerns related to the proposal’s approach, feasibility, and documentation of human subjects’ protection.”

But written comments from the five committee members paint a jumbled picture of sometimes contradictory concerns.

A third reviewer wrote that study participants should be monitored closely — presumably in a hospital — rather than letting them smoke the marijuana at home.

“Turning this into an in-patient study ends the study,” Doblin said. “Nobody will live in-patient for three months, and that increases the study costs astronomically.”

Other comments expressed skepticism that the marijuana in the study — given in weekly batches — could be kept from getting “diverted,” meaning given or sold to non-participants.

In a phone interview, Doblin pointed out that the study’s design satisfied FDA drug-diversion officials.

Participants will be required to videotape their every interaction with the weed, and will have to return any they do not smoke. In addition, a second person will have to witness the smoking and check in with the researchers weekly.

Doblin plans to modify the study and resubmit it to the committee, which will have to unanimously agree before the marijuana sale can move forward, Broido said. But even if HHS approves, another bureaucracy looms — that of the Drug Enforcement Administration. The nation’s drug cops also have to approve the research.

“It’s a long road,” Doblin said. “But it’s worth it. We’re the mythical American trying to play by the rules.”