‘Fake pot’ tied to rash of E.R. visits in Tuscaloosa

Annual deaths caused by marijuana: ZERO. Put that in your pipe and smoke it. -UA
By Stephanie Taylor tuscaloosanews.com 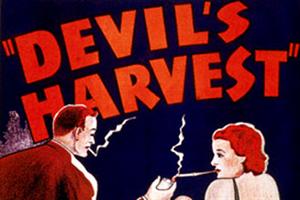 TUSCALOOSA | In the past few months, at least 15 young adults have sought emergency medical treatment at DCH Regional Medical Center with the same symptoms: a racing heart and paranoia.

Marketed as “incense,” synthetic marijuana, sometimes called “fake pot,” is a herbal product that has been treated with chemicals that mimic the effects of marijuana when smoked. Similar chemicals were made illegal in Alabama last year, but chemists can alter the compounds to remain within the constraints, but perhaps not the spirit, of the law.

Users report that the effects are similar, if not more intense, than the real thing. Some gas station and tobacco store owners in Tuscaloosa who declined to be interviewed on the record about synthetic marijuana said last week that the product is a top seller.

“With pot, there’s a level to where you can keep smoking, but you just don’t get any more high,” said a 34-year-old Tuscaloosa man who has tried it. “With this, there’s no ceiling where that stops.”

DCH spokesman Brad Fisher said that most of the people who have sought treatment are in their early 20s and are usually discharged within two or three hours, according to emergency room doctors.

Often called “Spice” or “K2,” synthetic marijuana is cheaper, easier to obtain and doesn’t show up on drug tests. There’s no age limit to purchase the product, which is often labeled “not for human consumption.” Businesses visited by a Tuscaloosa News reporter last week kept the packages of synthetic marijuana, which comes in a variety of brands, behind the counter. One business owner said he did so after speaking with law enforcement officers.

“We have gone in and talked to store owners because we’re getting a lot of complaints,” said West Alabama Narcotics Task Force commander Capt. Jeff Snyder. “We’ve told them that they need to think about who they’re selling this stuff to. If someone uses it, leaves here and has an accident, I think they could be held in some form or fashion civilly liable.”

Police say that it’s difficult to enforce the ban on the chemicals that were outlawed last year because they have no way to test the product.

“That’s our biggest problem right now — how to tell whether it’s legal or not. There’s no field test for it and it could take months to get results from a lab,” Snyder said. Agents seized some of the product in February 2010 when they found a young man selling it out of his home near the University of Alabama campus. Authorities charged him with operating a business without a license, but not for selling the synthetic marijuana. Agents still have not received results from tests on the substance they took from his house.

“While we were there, 12 kids came by knocking on the door to buy this stuff,” Snyder said. “We asked them why they wanted it, a lot of them said they liked it because it messed them up more than marijuana does. Just because you’re smoking something that’s legal doesn’t mean that it’s not going to harm you. People need to be a little bit more careful about what they consume.”

Synthetic marijuana is not regulated, and potency varies among different brands. An envelope containing about 3 grams can be purchased for between $20 and $30 in stores and online.

The Regional Poison Control Center at Children’s Hospital of Alabama reports receiving 67 calls from people who have smoked synthetic pot since October 2010, according to the Alabama Department of Public Health. Three were children between 6 and 12, 15 were teenagers and 22 were in their 20s. Of those, 76 percent were male. At least 56 were treated for toxic exposure in hospital emergency rooms. According to the American Association of Poison Control Centers, more than 6,700 calls were made to poison control centers nationally in 2010 and in the first seven months of 2011 about synthetic marijuana.

“This is an emerging and dangerous designer drug which has the potential of destroying lives,” Dr. Donald Williamson, state health officer, said in a news release. “We want to explore the best solutions to prevent its misuse.”

Williamson organized a hearing that was held in Montgomery on Sept. 19 and attended by law enforcement from across Alabama. Law enforcement and health officials all support comprehensive legislation that would ban any products that affect cannabis receptors in the brain.