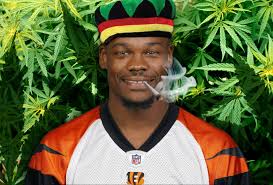 No arrests? Sure why not?! -UA
kansascity.com 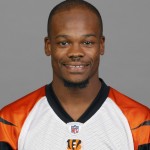 CINCINNATI | A marijuana shipment being tracked by authorities wound up Tuesday at the home of Bengals wide receiver Jerome Simpson. A subsequent search of the house turned up more drugs.

No arrests have been made. 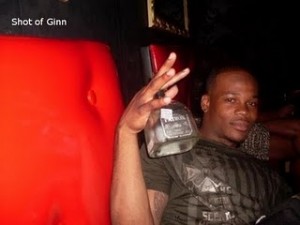 A Bengals spokesman said the club was aware of the reports but had no comment. Simpson was excused from practice on Thursday to deal with the matter. It was unclear whether he would be available for a game Sunday against San Francisco at Paul Brown Stadium.

Simpson was at his home along with his girlfriend and teammate Anthony Collins — who played his college ball at Kansas — when the woman accepted the package containing 2 1/2 pounds of marijuana, said Michelle Gregory, a special agent with the California Department of Justice.

The package originated in Eureka, Calif., part of the so-called Emerald Triangle, the state’s vaunted pot-growing region, and was discovered by a drug-sniffing dog in Sacramento, Gregory said. The address label bore the name of Jason Snider, but Gregory said it’s not unusual for people to use false names when shipping illegal drugs.

“We don’t believe it (the package) was for personal use,” Gregory said. “We believe there’s some sort of distribution or sales out of his home.”

Law enforcement agents are trying to determine who sent the package.

Gregory said if Kentucky authorities do not charge Simpson or others, California may consider doing so.

The Bengals had 10 players arrested over a 10-month span from April 2006 to June 2007. Receiver Chris Henry was the biggest repeat offender.

If anyone tells you cannabis has no medical value, they are...