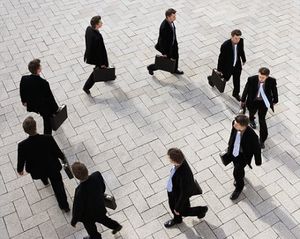 Montana lawmakers were told Monday that the number of medical marijuana users has continued to decline after the July implementation of a tougher new law, and that there are fewer providers after previous caregivers were stripped of their credentials.

There have been some glitches in implementing the tough new law, such as when the Department of Corrections found that some parolees were still able to get a medical marijuana card simply by lying on the form, members of the joint Children, Families, Health, and Human Services Interim Committee were told. Those cards have since been revoked.

The number of cardholders dropped by about 15 percent through the end of August to fewer than 27,000 cardholders, said Roy Kemp, a deputy administrator at the Department of Public Health and Human Services. That number is expected to keep dropping as cards issued under the old law expire, he told the panel.

The new law aims to make it much more difficult to get a card.

When the law went into effect, more than 4,000 caregivers in the state were stripped of their credentials as dramatically different rules for selling medical marijuana went into place. Since then, 285 caregivers have registered as marijuana providers and there are more applications pending.

Tougher new rules go into place soon that will force those providers to submit to a fingerprint background check, Kemp said.

“It is still very early for the department to discuss any changes at this time,” Kemp told the committee.

Kate Cholewa of the Montana Cannabis Industry Association told legislators that the law isn’t causing fewer people to use marijuana — it’s only increasing the number of illegal users. The industry opposed the law in the Legislature and is backing efforts in the courts and with the ballot box to undo the Legislature’s work.

A group called Patients for Reform-Not Repeal has reported some success in gathering signatures to ask voters to throw out the tougher new law in favor of the medical marijuana law that voters approved in 2004.

In an ongoing court battle, a judge has issued a preliminary injunction blocking portions of the new law, including prohibitions on commercial medical marijuana operations and a provision allowing unannounced searches of providers.