And you thought your caregiver sucked………-UA 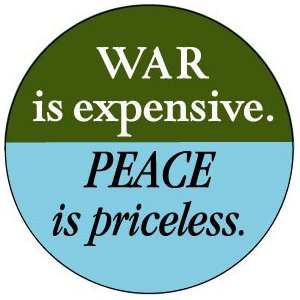 (Trinidad Express) There is a shortage of marijuana in the country and because of the high demand for the illicit herb, drug dealers and traffickers have resorted to attempts to import even larger quantities of the drug into the country to make up for the scarcity.

This was disclosed yesterday by Insp Kyron Williams of the Organised Crime Narcotics and Firearms Bureau (OCNFB) to members of the media during a joint press conference held by the Customs and Excise Division, the Police Service and the Defence Force at Customs House, Port of Spain.

The briefing was called specifically to address the $30 million marijuana seizure which took place at the Point Lisas Port on Thursday.

The container, which had arrived at the port on Tuesday on the vessel Vega Saturn, belongs to a Central businessman, but Customs sources were unable to say whether he had knowledge of the drug.

It’s the third multi-million-dollar drug interdiction at the port for the year and in all three cases, the containers with the narcotics passed through a port in Jamaica.

Williams said because of the continued marijuana eradication exercises embarked upon by the police and members of the Defence Force, drug dealers have adopted innovative ways of smuggling marijuana in large quantities into the country.

Williams said because of the scarcity of the drugs, the original street value, estimated by the OCNFB, has risen from $5,000 to $10,000 per kilogramme of marijuana.

Travellers from Jamaica have also been attempting to traffic small quantities of high grade marijuana into Trinidad for their personal use.

Last Monday, Rayon Antonio Green, 22, of Spur Tree, Mandeville, Jamaica, was sent to jail for nine months after he pleaded guilty before Arima Senior Magistrate Indra Ramoo-Haynes on charges of being in possession and importing 1,985.4 grammes of compressed marijuana at Piarco International Airport.

Acting Comptroller of Customs Anthony Chandler also said yesterday that the price of marijuana fluctuates depending on the grade or country of origin and smugglers have been adopting innovative ways of getting the drug into the country.

Chandler said, “The local product has become difficult to come by so the price increases. Based on the availability of the drugs, marijuana in Trinidad is scarce at this time. But when it comes from various countries, various grades, the price fluctuates.”

Investigations into the Pt Lisas incident are ongoing by Customs, police and port officials, Chandler said, adding that it was too early to say whether the consignee of the container, who has since been interviewed by law enforcement officials, should take full responsibility for the marijuana.

Another call for hemp