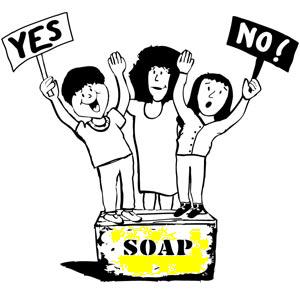 The court determined that defendants Brandon McQueen and Matthew Taylor, owners of Mt. Pleasant-based Compassionate Apothecary, were not acting within the boundaries of the 2008 Michigan Medical Marihuana Act by allowing sales of medical marijuana and retaining up to 20 percent in profit.

The appellate court opinion overturned an Isabella County Circuit Court decision and determined the defendants in fact were in violation of the Public Health Code and could be shut down as a public nuisance.

According to their attorney, however, there is no provision in the state’s Public Health Code making it illegal to sell marijuana – medical or otherwise.

“There is no offense in the PHC that mentions the words ‘sales,’” said Matthew Newburg, from Newburg Law, PLLC in Lansing.

Newburg said he and attorney Mary Chartier, from another Lansing law firm, are planning an appeal of the appellate court decision to be reviewed by the Michigan Supreme Court.

Of course, federal drug laws stipulate that marijuana remains illegal and is listed as a Schedule 1 narcotic, but Newburg said there is no state law addressing sales. The Michigan Medical Marihuana Act, also, does not address sales or dispensaries.

“Whether money exchanged hands as part of the dispensary’s normal operations is irrelevant,” he said.

Newburg said they are gathering information for their appeal and to determine the best course of action.

In Ypsilanti, the 3rd Coast Compassion Center closed their doors for one day after the Court of Appeals decision was announced. Since then, the first medical marijuana dispensary in the state has been operating normally.

But Jamie Lowell, director for 3rd Coast, said they are still trying to determine what the court ruling means for them. The dispensary operates as a non-profit organization that accepts private donations in order to pay bills and salaries

Lowell echoed Newburg’s comments saying that the Michigan Medical Marihuana Act didn’t need to address the selling of medical marijuana because it was never illegal according to state law.

“What the MMMA did carve out was an exception for the growing and manufacturing for licensed patients and caregivers,” said Lowell.