Oh, this is heartwarming, whatever would we do with out the villigant police officers that figured out what to do with bags of dirt. What on earth is going on in the UK? Demand that your police do something useful. Re homing muck? SMH…….-UA
By ALAN McEWEN scotsman.com
Crime Reporter 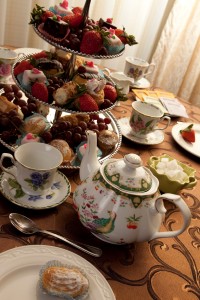 POLICE officers recycling the contents of a cannabis farm discovered in Edinburgh may initially raise a few eyebrows.

But the force has come up with an innovative way to use 19 bags of soil seized during the raid on the £46,000 drug cultivation by handing them to a city horse-riding charity.

create new banking around the arena at Ravelrig Riding for the Disabled Association in Balerno.

Organisers at the centre have said they were “delighted” with the much-needed donation, and were glad the soil was not being “thrown in the tip”.

The centre even took delivery of the soil while it was still wrapped in the evidence bags used to take away the massive haul discovered at a property in Broomhouse Place South on September 1.

Barbara Johnstone, organiser at the centre, said: “We received 19 bags of soil from the police. I expected them to come in B&Q bags or something, but they were in these white plastic bags. I think they may have been the evidence bags they were stored in.

“We were needing soil but three bags would cost about £10 so we didn’t have the money.

“A police officer who is involved in our fundraising heard we needed soil and he spoke to a colleague who came up with this solution.

“We’re delighted and not bothered where it came from. I would have hated to think that this good soil might have been thrown in the tip instead.”

Lothian and Borders Police has a long-standing relationship with the centre, which provides riding therapy to 96 people every week with learning or physical disabilities.

The force previously raised funds to buy them a horse for their therapy treatments and one of the force’s current police horses, Fyffe, used to be owned by the charity.

Ms Johnstone added: “The police have always been very supportive to us. The centre is doing very well but money is always very tight. We’re beavering away with fundraising and things like this always help.”

Detective Inspector Sara Buchanan said: “Through the vital intelligence provided by the public, yet another cannabis cultivation has been discovered and seized, preventing a significant quantity of drugs reaching our communities.

“Now, rather than having a detrimental effect, the unused soil will improve facilities.

“Lothian and Borders Police will continue to take any opportunity to reinvest any assets associated with crime back into our communities.”

Three men, aged 28, 30 and 38, and two women, aged 20 and 39, were arrested and charged in connection with the cultivation and appeared in court last Monday.