Where Have All the Stoners Gone? 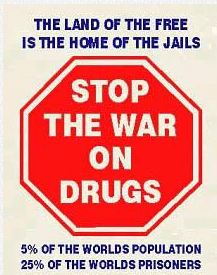 It’s hard to say exactly where the American marijuana movement is at present. For every Alabama, where a Republican state legislator will sponsor a bill to legalize medical cannabis, there’s an Arizona or a Montana, where lawmakers overturned the will of voters and rolled back medical marijuana laws.

But with marijuana so often in the news — with reports of its surprising medical benefits receiving more and more mainstream attention — it’s perhaps not surprising that more Americans are experimenting with the magic herb, according to a federal study.

Nearly 7 percent of Americans ages 12 and older used marijuana in 2010 — an increase of 3 million from about 10 years ago, according to the National Survey on Drug Use and Health. And where these smokers are located will be even more surprising to you: California — the birthplace of medical marijuana — is only the 10th most stoned state.

Where have all the smokers gone? Think cold and colonial.

Along with a story on the report, CBS News compiled a handy photo essay using data from the 2009 edition of the National Survey on Drug Use and Health. By sheer numbers, California would appear to have the most stoners — 12.88 percent of those living in the Golden State smoke. That means 4.4 million tokers out of a total population of 37.2 million.

Now onto the winners: Some 16.29 percent of Alaskans admitted to smoking marijuana in 2009, making it the state with the highest reported use of marijuana in the country. Massachusetts, New Hampshire, Colorado, and Vermont rounded out the top five — in that order.

So kudos to you, New England — and why not? Gotta find some way to get through those winters.

Other facts from the study:

• Drug use on the whole has decreased since 2000; Tobacco use and binge drinking among teens has also declined.

• Meth use is down by half.

• 23 million Americans reported a need for treatment, but fewer than 3 million received it.