* Medical marijuana may be fueling increased use of pot 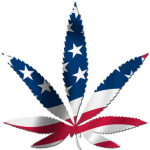 (Reuters) – Marijuana is increasingly becoming the drug of choice among young adults in the United States, while use of methamphetamines is waning, according to a national survey of drug use released on Thursday.

Overall, 8.9 percent of the U.S. population or 22.6 million Americans aged 12 and older used illicit drugs in 2010, up from 8.7 percent in 2009 and 8 percent in 2008, according to the survey by the Substance Abuse and Mental Health Services Administration.

Gil Kerlikowske, director of the Office of National Drug Control Policy in the United States, said increases are especially prominent in states in which medical marijuana use is legal.

“This increase was also driven in large part by a rise in the rate of current marijuana use among this population,” Kerlikowske said.

Use of methamphetamines, meanwhile, has decreased, the survey found.