As if we really needed another reason to love cannabis. -UA
By Diane Mapes bodyodd.msnbc.msn.com 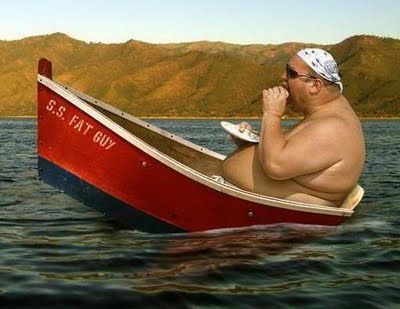 We’re all familiar with the stereotype of the typical pot smoker — a lumpy, lazy couch potato with one hand wrapped around the remote and the other elbow-deep in a bag of nacho cheese Doritos.

But new research out of France gives a different spin to the stereotypical stoner.

“Cannabis is supposed to increase appetite,” says Dr. Yann Le Strat, a psychiatrist at Louis-Mourier Hospital in Colombes, France and co-author of a new study in the American Journal of Epidemiology. “So we hypothesized that cannabis users would be more likely to have higher weight than non-users and be more likely to be obese.”

Instead, Le Strat and his colleagues found just the opposite.

“We found that cannabis users are less likely to be obese than non-users,” he says. “We were so surprised, we thought we had [made] a mistake. Or that our results were due to the sample we studied. So we turned to another completely independent sample and found exactly the same association.”

Le Strat and his colleagues ended up using data from two epidemiologic studies of U.S. adults — the 2001-2002 National Epidemiologic Survey on Alcohol and Related Conditions and the 2001-2003 National Comorbidity Survey-Replication — to tally the weight differences between pot smokers and non-pot smokers.

La Strat says there could be “confounding factors” which would explain the results — such as the level of physical activity of the pot smokers, or the fact that they might also use tobacco — but they tried to rule out such factors.

“We did our best to take them into account and still showed the association,” he says. “Our findings are too preliminary to answer [what accounts for the disparity]. But there are a lot of different substances in cannabis. The observed association may be due to the effects of one of them.”

An adjunct scientist at the Centre for Addiction and Mental Health in Toronto, Le Strat was also quick to point out that his study might send the wrong message.

“The take-home message is certainly not ‘smoke cannabis, it will help you lose weight,'” he says. “The possibility that cannabis is associated with a lower risk of obesity remains an interesting hypothesis, but certainly does not counterbalance its negative effects on health and mental health.”

“There could be many other reasons why pot smokers have less obesity,” she says. “Maybe they’re inclined to exercise more, be outdoors more, eat more fruits and vegetables. There could be all kinds of confounding factors that could make the results null and void. We can’t look at this study and take it as a license to go out and smoke pot because we think it’s going to help us lose weight. We need more information.”

Giancoli does acknowledge one thing, though.

“I know when we think about smoking pot, one of the jokes is that it gives you the munchies and dry mouth so you drink a bunch of water and eat a bunch of Cheetos,” she says. “Maybe we need to adjust the stereotype.”