Forensic analysis on how much the plant would have yielded? Right……-UA 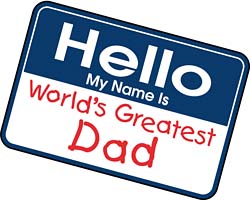 A JUDGE branded a dad-of-three ‘selfish’ after he set up a secret cannabis farm in the attic of his family home.

Cannabis user Daniel Morgan, 30, grew 20 plants using a sophisticated hydroponic system which would have produced 800 grams of drugs with a street value of up to £8,000.

His partner knew nothing about it until a raid on their home in front of the children three days before last Christmas, Burnley Crown Court heard.

The defendant claimed it was his first attempt and he had started off growing the cannabis for his own use but would have gone on to sell some of it.

He was given 12 months in jail, suspended for a year, with 80 hours unpaid work and a two month curfew, between 10pm and 6am.

Stephen Parker, prosecuting, said police went to the defendant’s home with a search warrant on December 22. He wasn’t there, but his partner and two children were in.

Officers could not get in the padlocked attic and the defendant was contacted and asked to attend.

He arrived and produced the key. Police then found the plants, with heating, lighting and timers.

Mr Parker said two of the plants were sent off for forensic analysis and it was estimated each would have yielded 40 grams of female flowering head.

Morgan said he had got the plants from a friend for £50 and had read books on how to grow the drug.

He said his partner was not aware what he was doing, he smoked several joints a day, but not when the children were around.

Simeon Evans, for Morgan, said he recognised the offence crossed the custody threshold.

Sentencing, Recorder Dennis Watson, QC, said: “Your children should really be your priority, rather than any selfish taking of cannabis.”